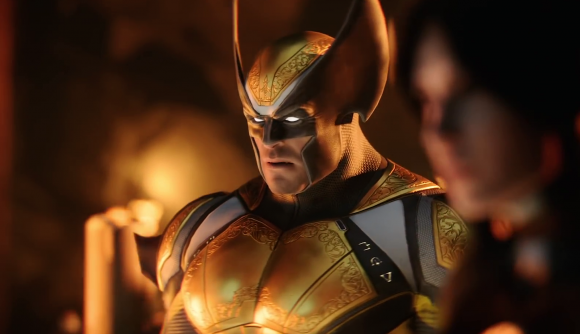 Civilization VI and XCOM: Enemy Unknown developer Firaxis just announced its long-rumoured Marvel strategy game this week, Marvel: Midnight Suns. However, while the team have confirmed there will be the opportunity to build relationships, there’s bad news for anyone hoping to get intimate with Iron Man – you can’t.

Firaxis and Marvel announced the XCOM-like with superheroes at Gamescom Opening Night Live earlier this week, confirming it as a “tactical RPG” that explores the more supernatural side of the Marvel universe. In an interview with IGN, creative director Jake Solomon – who also worked on the XCOM series – confirmed that Midnight Suns players would be able to build relationships with established Marvel characters and become “very, very, very good friends”.

While in the game’s Abbey base, players will be able to choose to hang around with heroes such as Captain Marvel or Wolverine and build a relationship with them via various activities, Persona-like. However, things won’t get quite to the romantic level. “Trust me, if I could romance Blade, I would,” Solomon admits.

“The idea is that by the time you maximize your friendship with these characters, you are as close to them as anybody else in the Marvel universe,” Solomon says, adding that these relationships would be as “deep as friendships go”. Sadly though, Solomon confirms that this will be “decidedly not romantic… it’s more a case of these are very well-defined characters. So instead it’s a deep, deep friendship.”

Nevertheless, while Marvel has been “pretty involved” in the creative side, it hasn’t interfered with any of the story elements, including Firaxis’ choice to allow a player-created character to interact with established Marvel characters. There still won’t be any hanky-panky involved though.

Marvel: Midnight Suns is slated to arrive in March 2022 and will get a gameplay reveal in a few days on September 1. While you’re waiting, here are some of the best XCOM-like strategy games around.