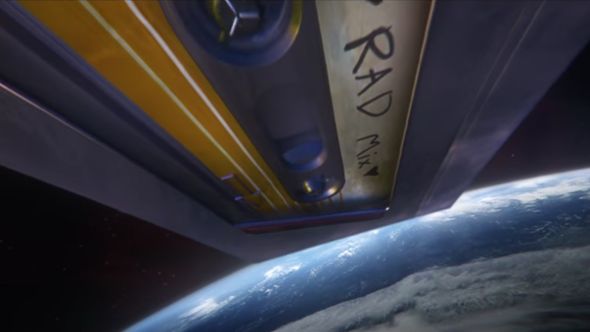 According to a product listing on Gamestop, Telltale Games’s forthcoming Guardians of the Galaxy will cast the player as Star-Lord and follow an original storyline. We may also know the release date if some premature, now-removed information is accurate.

Like some story with your games? Check out the best RPGs on PC.

Thanks to a leak during the recent voice actors’ strike, we learned that Telltale Games are applying their narrative formula to Marvel’s Guardians of the Galaxy.

It now appears that Telltale’s Guardians game will release on April 25th, according to a listing by Gamestop. Thanks to WWG for spotting this and posting the following screengrab:

The second Guardians of the Galaxy movie is slated for release on April 28 in the UK and May 5 in the USA, so for the game to come out shortly before would make sense.

Gamestop have since removed the release date from their site, but the PS4 and Xbox One versions of the game are still listed and are available for pre-order. Their product descriptions give away some of the game’s plot, which we learn will be an “original Guardians adventure”:

“Marvel’s Guardians of the Galaxy: The Telltale Series delivers a brand new story of the universe’s unlikeliest heroes, the rag-tag band of outlaws who go by the names Star-Lord, Gamora, Drax, Rocket, and Groot. In the wake of an epic battle, the Guardians discover an artifact of unspeakable power. Each of the Guardians has a reason to desire this relic, as does a ruthless enemy who is the last of her kind, and who will stop at nothing to tear it from their hands.”

We also learn that the game will be a “five-part episodic series” that will take players “from Earth to the Milano to Knowhere and beyond”. You’ll take the role of Star-Lord “in an original Guardians adventure, told in the unique and award-winning Telltale style, where your decisions and actions will drive the path of the story you experience.”

The game isn’t yet listed on Steam.

{"schema":{"page":{"content":{"headline":"Telltale’s Guardians of the Galaxy is “an original adventure” as Star-Lord, according to leak","type":"news","category":"marvels-guardians-of-the-galaxy-the-telltale-series"},"user":{"loginstatus":false},"game":{"publisher":"Telltale Games","genre":"RPG","title":"Marvel's Guardians of the Galaxy: The Telltale Series","genres":["RPG"]}}}}