Mass Effect: Andromeda, unfortunately, came to a rather unfulfilling close. Sure, an antagonist was defeated and an enemy force routed, but in a series that’s always revelled in the larger unknown, it felt like Andromeda should have had more to say. There were questions left not only unanswered, but barely even asked.

However, it’s not all doom and gloom. Andromeda established some solid storylines along the way, some of which deserve more time to shine. The what ifs and latent possibilities remain as potent today as they ever were. Given that the odds of any more single-player content for Andromeda aren’t exactly in our favour, however, I’ve taken it upon myself to map out the three DLC expansions that Mass Effect fans should have got to play.

In the process, I’ve described how these unexplored threads could’ve moved Andromeda’s narrative into the future, and I’ve even tied together all those loose ends that shouldn’t have been left dangling. Given the nature of this endeavour, it should go without saying that spoilers abound.

With all that said, let’s get right into it. 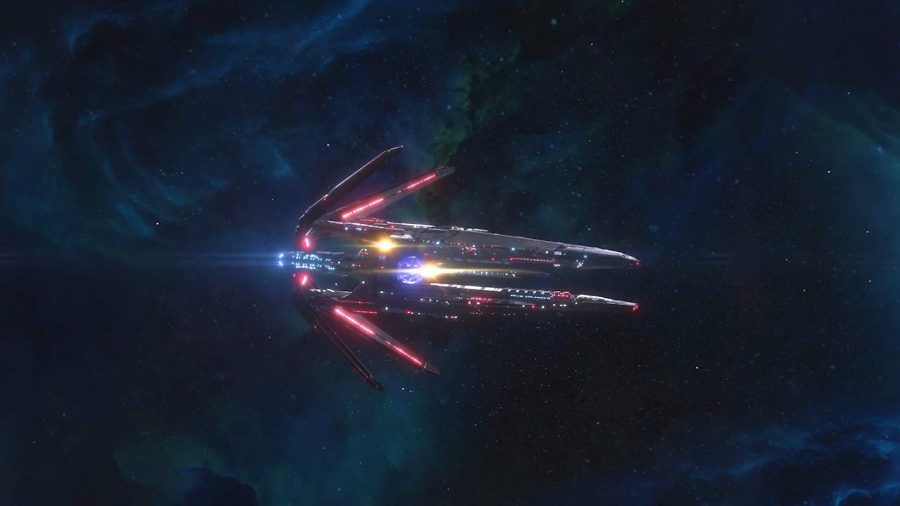 I would imagine that at least some single player DLC was planned for Andromeda, and there’s no bigger clue to that than the far-off distress call the Pathfinder receives after the main story’s ending. While the words are garbled, any Mass Effect fan will recognise the dialect. It’s from the Keelah Si’yah, the Quarian Ark. Just the mention of Quarians is enough to prick up the ears of most players, but this Ark was also said to house many other familiar races. A nostalgia-filled time capsule careening towards Andromeda.

Of course, it’s unlikely that we’ll ever get to see the Quarians and their pals, at least not in the context of Andromeda. It is what it is, but imagine the great storyline that could have unfolded from DLC based around rescuing the Keelah Si’yah, the final lost Ark. With the Kett on their last leg, the Keelah Si’yah’s distress wouldn’t have come at the hands of the Primus and her dwindling numbers. Instead, take a look at the potential found here, within the otherwise out-of-context addition of a Batarian combatant to the Andromeda multiplayer.

Batarians, already well-known for not playing nice, could have easily (I use that term loosely) stowed themselves away within the depths of the Quarian Ark in their own hibernation systems. When they come around, it’s time for the same old shenanigans, only in a new galaxy. In a scene that might echo the Somali pirate takeover of the ship in Captain Phillips, the Batarians take control.

It’s up to the Pathfinder to search out the Ark and not only bring an end to the insurrection, but find a way that this new galaxy can co-exist with the addition of the biggest assholes from back home. Hey, if anyone can do it, it’s probably Ryder.

Role with the punches: The best RPG games on PC

The salvation of the Quarian Ark is priority number one, but this could also serve as a great way to flesh out the Initiative and provide answers to the shortcomings that many fans felt the operation had. From weaknesses in the leadership to even baseline motivations, this DLC could be stock full of effective movers and shakers who become real leaders of the Initiative. Give Tann a cardboard box and show him the door.

‘Ark in Crisis’ would also work perfectly as a segue into the second DLC. With a new cast of characters who are looking to restore the Initiative to its original purpose, this would be the perfect opportunity to shed light on Andromeda’s biggest enigma. I am, of course, talking about the Benefactor. 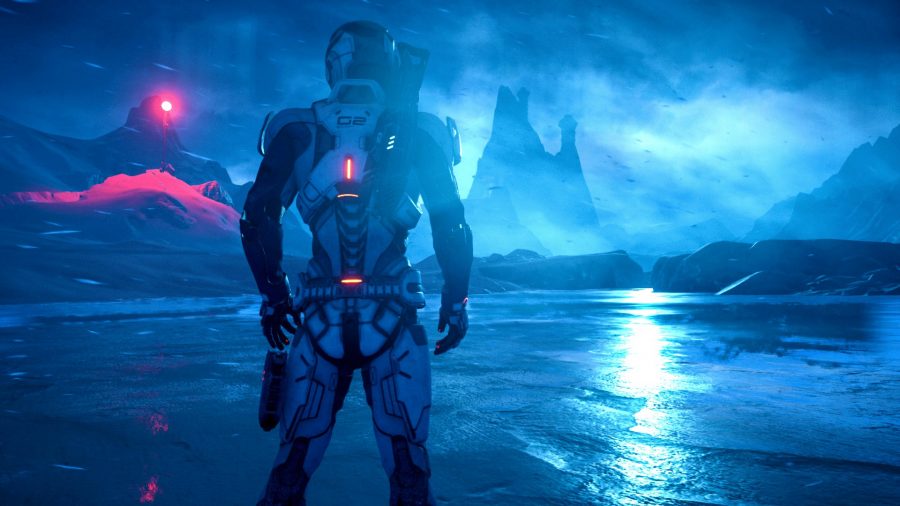 BioWare has made it clear that it intended to reveal the Benefactor in the sequels that were to follow Andromeda. The studio didn’t establish the mystery particularly well, though. The revelation that the Benefactor even exists is only discovered through an optional, time-consuming quest. For a lot of players who were just trying to get to the end of a cumbersome game, they may have never even encountered the Benefactor’s wake.

By now, almost everyone should know that a shadow organisation funded the Initiative’s journey, and got a heap of their own people to Andromeda in the process. They’re a pretty nefarious bunch, especially given the fact that they, you know, assassinated the leader of the Initiative when they arrived. Regardless of who they are, BioWare needed to show us why the Benefactor did what they did.

The impending doom of the Reaper invasion is a surefire way to get people looking for an escape, but it doesn’t stop there. DLC that reveals that motive is a great way to solidify the Benefactor as the looming cloud of mystery they’re supposed to be.

This second DLC release could also wrap things up with the Pathfinder’s comatose mother, who was hidden away aboard the Ark Hyperion. As the Pathfinder discovers the motives of the Benefactor, they may be bribed with a cure to their mother’s illness, or have her identity held over them like blackmail.

But the most important thing ‘The Mysterious Benefactor’ DLC can do is help to establish the final piece of the puzzle. That is: who the hell are the Jardaan and where the hell did they go? 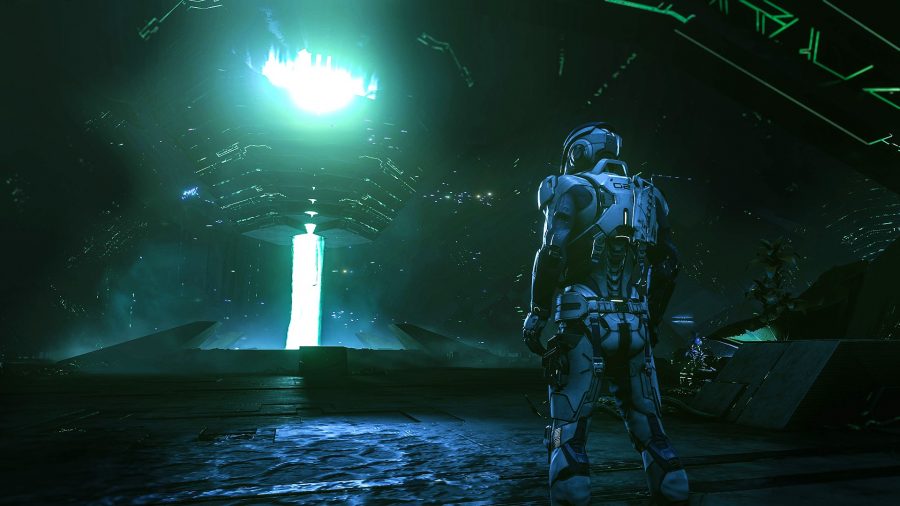 The Jardaan are the Protheans of Andromeda, the group who made awesome, ancient stuff before disappearing forever. This Remnant tech can do some amazing things, but it’s also a link back to their creators. The Initiative just needs to work out how to follow the clues.

The Jardaan’s legacy shows us that they pulled off some remarkable achievements, and that knowledge may be something that the shadow organisation wants for their own. Sure, there’s no way that anybody from home would have known about it, but there are hundreds of ways to explain that away. Perhaps BioWare could’ve started with the Geth FTL telescope that’s capable of capturing contemporary images.

Whatever this ancient species has, the Benefactor knows what it can do. Hell, the imposing structure of Meridian alone is worth doing some pretty nasty things to obtain, but that’s just the beginning. When you’re dealing with a race of aliens that can literally make other aliens, the writers would have no trouble creating some kind of Golden Egg that the Benefactor will do anything to get.

My hope for this Golden Egg? A waypoint, a station, a Remnant something that’ll launch those who find it further into the core of Andromeda’s galaxy – closer to the Kett homeworld, as well as any Jardaan that remain. Oh yeah, and while we’re on the subject, let’s have a mission involving the Abyssal, the giant Remnant sandworm on Elaaden that had all of us drooling the first time we saw it. The big guy deserved to be so much more than to a sideshow.

‘Remnants of the Jardaan’ would’ve been the final piece of content for Andromeda – the bow on top. It would have sent the story into a new part of the galaxy, wiping the slate in the process. With a journey to another unknown, then a fade to black, a lot of fans would breathe easy knowing that the worst was behind them and that it’s time to look forward to what’s ahead for the series.

We have so many ideas for things we want to do in #MassEffect, so much concept art that hasn't yet been brought to life, and so many stories yet to tell. #N7Day pic.twitter.com/gDXbYComCC

Alas, we’re probably not getting any single-player DLC for Mass Effect: Andromeda. And a sequel? Shelved, according to reports. The above may just be musings on what could have been, but I’m not ready to believe it’s all over just yet.

With Casey Hudson back at BioWare as GM for all future projects. If that name is familiar to you, it’s because he’s the guy who helped make the original Mass Effect trilogy happen in his role as creative director. It won’t happen anytime soon, but I’d say Andromeda’s future may be brighter than fans originally thought.

Anthem is BioWare’s current focus, of course, but I hope someone at the studio is at least thinking about what can be done to give a sense of closure to Andromeda’s saga. The ideas above are fuelled by my love of the series, and I don’t think I’m alone in saying there’s much more to be written. In the best of scenarios, we’ll return to Andromeda again and it’ll be well worth the wait. Until then, look to the stars, Pathfinder, and remember the adventures you’ve had so far.

Henry is a writer who cares deeply about all things Mass Effect.