Each game in the trilogy can be modded, just like the originals. If you used mods back when these games first released, there’s a good chance those mods still work with the remastered titles. Some of the mods on this list may not work for every Mass Effect game, but we’ll be sure to clarify that in the mod description. Here are some of the best Mass Effect Legendary Edition mods you can try out right now.

The Trilogy Save Editor is the best mod for anyone looking to skip straight to the series’ best moments. Not everyone has time to play through all three games; if you want to see a specific scene, you can customise your save file to take you to that very moment. Adjust your character’s stat points, fine tune every relationship with each character, and select where you want to be in the plot.

You may want to use this mod if you find yourself in a tricky situation. Instead of reloading an old save which could lose you hours of gameplay, simply edit your save to give yourself more health kits and ammo. This mod is also useful if you missed out on any exclusive weapons or armour in a previous game – just add the rare gear to your inventory and carry on. 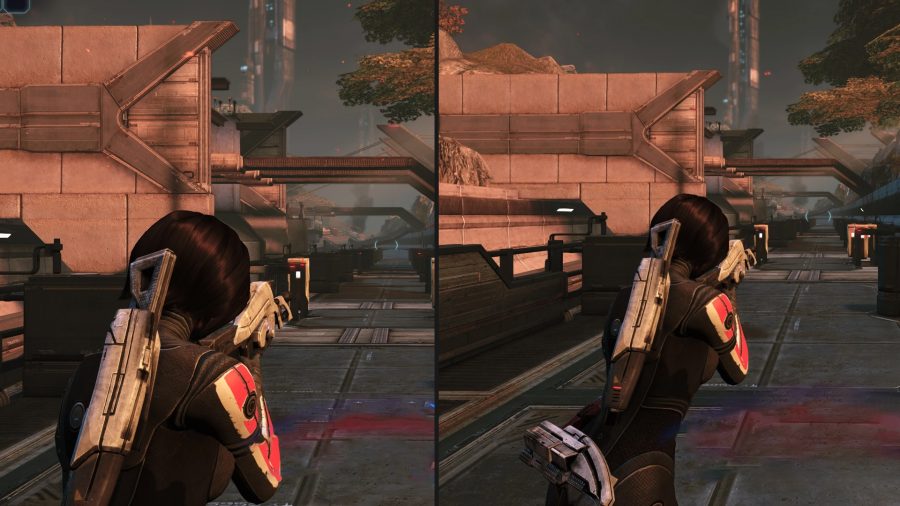 Feeling a bit too close to your character? By default the field of view in the Mass Effect games is incredibly low for both exploration and combat. When playing on a monitor, a narrow field of view can result in motion sickness for some players. Using the Better Camera mod, you can adjust these values to give yourself a better viewing angle.

This mod is compatible with all three Mass Effect games, though you will have to manually activate it whenever you want to improve your field of view. The mod’s creator says that this mod isn’t compatible with other Coalescen.bin file mods, fortunately we don’t have any of those on this list.

Only ever pick FemShep in Mass Effect? This mod is a simple one, as it replaces the Male Shepard splash screens with Female Shepard. That’s it and that’s all. Why look at Male Shepard every time you boot up the game if you aren’t playing as him? All three splash screens are replaced, putting FemShep right in the middle of the action.

You can enable the console across all three games with the in-game console mod, giving you the power of the save editor within the game. If you’re looking to breeze through the trilogy using cheats, this is the mod for you. Give yourself unlimited ammo, credits, and health to become invincible against the toughest enemies each game has to offer. 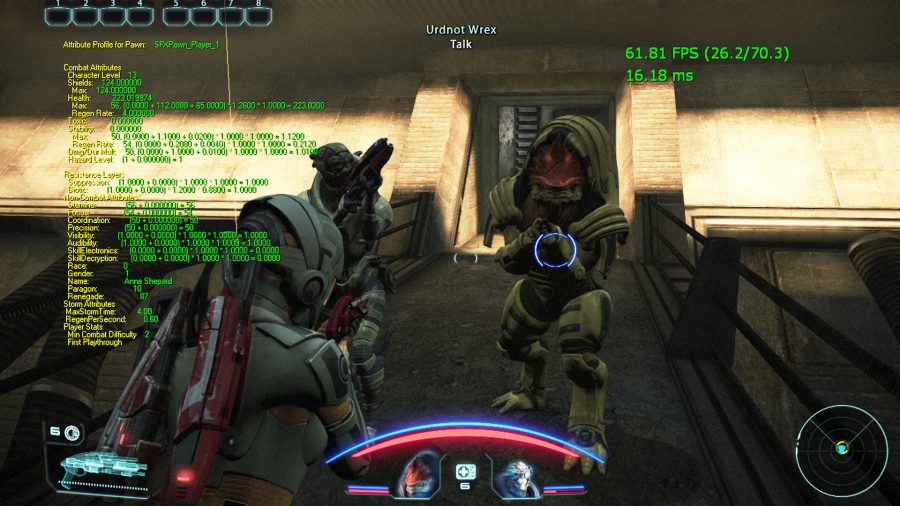 We recommend installing this mod even if you aren’t looking to cheat, as it can help out if you run into any pesky bugs. Any PC user that has grown up playing RPGs will know about all of the binds an in-game console can free you from. For example, it doesn’t happen often but sometimes you can get stuck on random objects. Fortunately, you can use the teleport command to free yourself from the geometry.

Another simple mod, but an effective one: skip the launcher intro for each Mass Effect game. You’ve seen the same unskippable intros for years now – the Skip Launcher Intro mod replaces the original file with a video containing a single frame, instantly bypassing the original start up video.

Speed tweaks for Mass Effect 1 and 2

Some people believe the worst part of the Mass Effect games is the travelling in between all of the action. If this sounds like you, this mod might be exactly what you need. The speed tweaks mod enables infinite sprinting and Mako boost in Mass Effect 1 to drastically reduce the amount of time spent walking and driving around.

Though some may consider this mod to be cheating, all it does is remove the stamina limitation. You aren’t running or driving any faster than the game originally intended – this mod allows you to move at a constant accelerated speed. The same mod also works in Mass Effect 2, except it only applies to sprinting as the Mako is absent from this game. 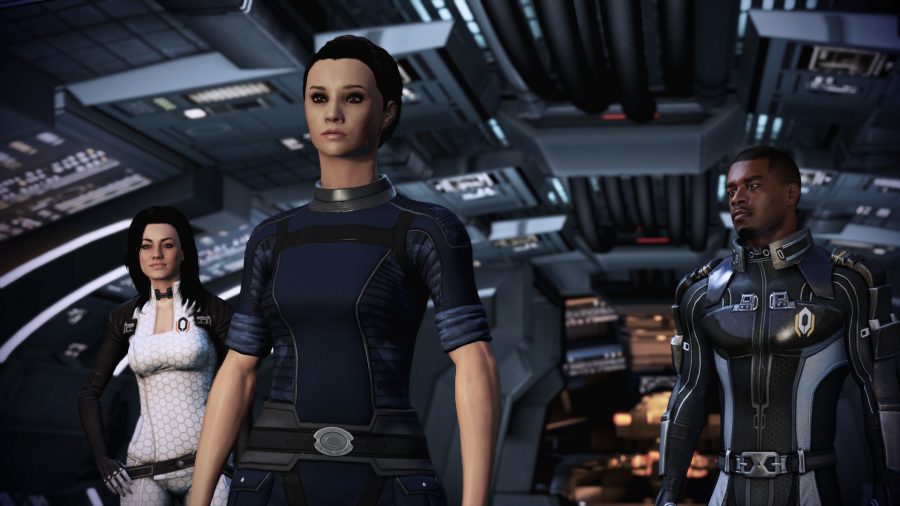 More appearances in Mass Effect 2 and 3

There are a bunch of outfits to choose from in Mass Effect 2 and 3, but the selection could be better. Install the More Appearances mod to add 70 casual outfits to your Mass Effect 2 wardrobe, along with 11 helmets and four sets of armour. Mass Effect 3 adds more clothing options, but this mod takes it further by including 45 additional casual appearances, seven helmets, and nine armour sets to the game.