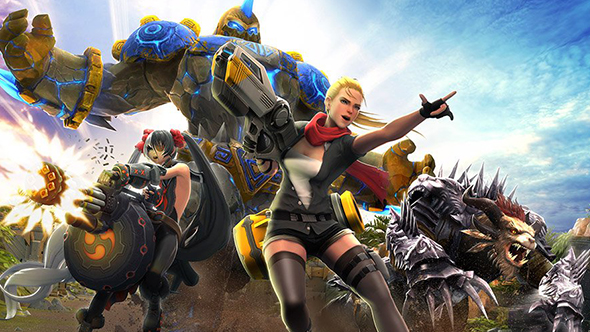 NCSoft dipped their toes into the lucrative MOBA market with Master X Master starting in 2014, but it seems the experiment has ultimately proven a failure, as the game will shut down on January 31.

We’ll soon have to update our list, but you can still find another MOBA to fill the void.

“We truly believe that MXM is special,” reads NCSoft’s announcement, “and offered a lot of new ideas to change up the MOBA genre, but in trying to carve out a niche for itself, we failed to connect with players.”

Yet NCSoft are doing quite a bit for players as the game winds down. They’ll receive 500,000 of the X-Coin currency, which is supposed to be enough to “unlock all content,” all game modes will be available at all times, real money purchases will be disabled, and refunds will be issued for any purchase made after August 30. No need to contact customer support, as those refunds will be issued automatically.

Many MOBAs came up in the wake of the monumental success seen by games like Dota 2 and League of Legends, but few have managed to stick around for the long haul. Master X Master tried to shake things up with a mechanic that would let you swap between characters mid-match for enhanced strategic options.

“We are truly grateful for the community that grew around MXM, and for your support of the game. We saw MXM as a challenge to the status quo—a change-up of mechanics that would revitalize the MOBA genre and attract players who wanted to test the upper limits of their skills—but in the end, it wasn’t enough to take on the established juggernauts.”

Master X Master isn’t the only free-to-play casualty this week, as the superpowered action RPG Marvel Heroes will also soon be closing down, though so far its final days have been much less open and communicative.