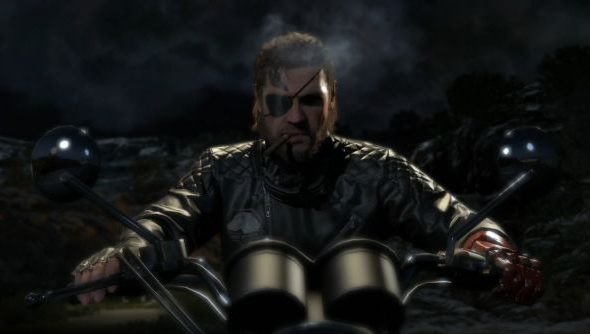 We reported on a secret Metal Gear Solid V scene just over a month ago, and its rumoured unlocking method seemed like it was highly unlikely to happen on its own. As Konami have just confirmed, it turns out the rumours were true. Don’t read any more if you don’t like mild spoilers.

1. You must have completed Mission 31.

2. You must not own or be currently developing a nuclear weapon. If you have any nukes in stock, you must dismantle them.

3. Certain conditions related to nuclear proliferation must be met on the regional server for your corresponding gaming platform.

4. All nuclear weapons on the regional server corresponding to your console or platform must have been dismantled. In other words, the amount of nukes on your platform’s server must be equal to 0.

So, yeah, everyone in your entire region must agree to nuclear disarmament – no mean feat.

Konami have also released a bunch of figures to show us how close each platform has come to unlocking the scene so far. It’s not looking good for PC players.

Who would have thought that PC players – gaming platform owners with an insatiable thirst for power – would also be the most likely to hoard nukes?