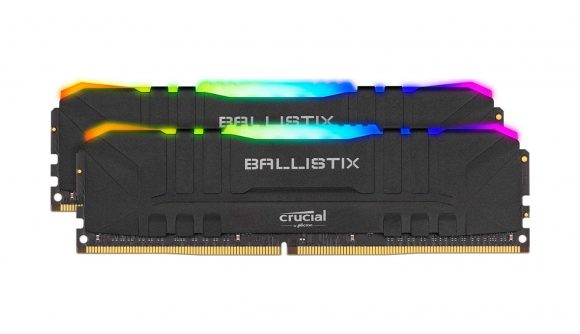 We reported back in March that the prices of the best gaming RAM modules could get more expensive this year, as DRAM contract costs rose 10% in January, which could be passed onto the customer. Micron CEO Sanjav Mehrotra seems to share these concerns, warning investors that a “serious shortage of supply” has now led to a “rapid rise” in prices for DRAM, which is expected to tighten throughout 2021.

As a result, it looks like RAM could be the next PC component to see a shortage, just as Acer states the availability of chips found in everything ranging from the best graphics card to the best gaming CPU is set to improve this year.

Micron in particular is suffering compared to its rivals, however, as an earthquake in December caused a temporary power outage in the brand’s factories, disrupting its output.. There’s also been a recent drought in Taiwan, which has no doubt played havoc with production. Combine that with excessive demand for new PCs and laptops in 2020 with people working from home, and DRAM is in short supply.

If you already have 16GB of RAM in the best gaming PC, you might want to refrain from upgrading as we’re already seeing prices rise on Amazon. Should you be in the market for new memory, however, you’ll want to purchase RAM sooner rather than later, as this news surely won’t help.