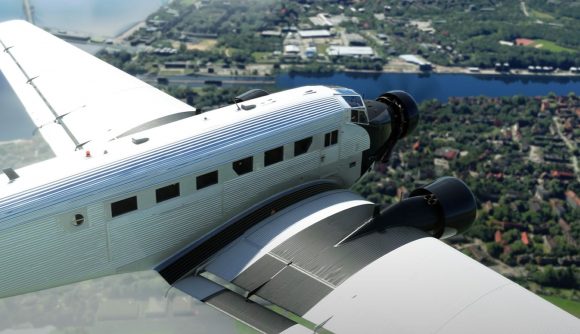 Last month, Microsoft Flight Simulator developer Asobo Studio revealed that a new series of crafts would be heading to the simulation game as part of a series called ‘Local Legends’. This celebrates aircrafts that are famous in the sim’s World Update-related regions but not as well known elsewhere, and today the first of the series has landed (hah): the Junkers JU-52.

This classic aircraft has been introduced to the flight sim to complement its recently launched World Update IV, which focuses on Germany, Austria, and Switzerland. The Junkers JU-52 is a German plane dating back to 1930 which is “lovingly called ‘Tante JU’ or ‘Aunt JU’ in its home country. To give simmers a flavour of the new plane, the devs have shared a clip of it in action, which you can check out below.

To recreate it, MFS head Jorg Neumann explains in a blog post that the devs “scanned the entire plane with a high-resolution digital scanner to achieve an extremely high level of detail and accuracy”, so it sounds like what you see – and fly – should be a faithful rendition of the real thing.

Additionally, Neumann says that the Asobo team worked with Bernd Junkers, original designer Hugo Junkers’ grandson, and Deutsche-Lufthansa-Berlin Stiftung – an organisation that preserves one of the last real-life Junkers JU-52 in existence – to create the new craft. The devs also consulted with a Lufthansa pilot who “actually flew one of the last surviving Junkers JU-52 – the famous D-AQUI” as well as “the premier creator of this plane in the digital space, Oliver Moser” to ensure its accuracy in MFS. 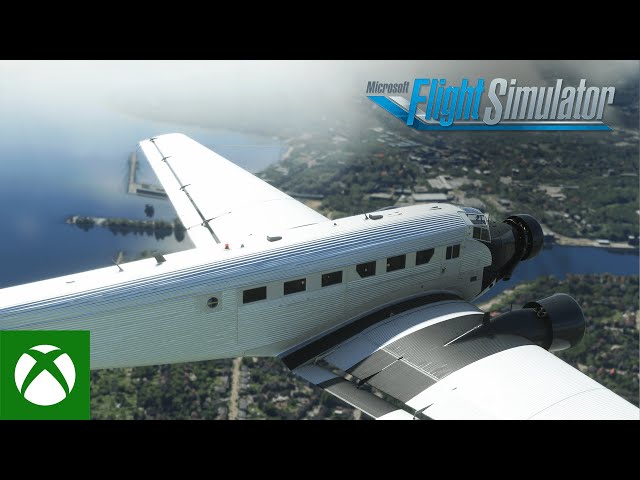 The Junkers JU-52 has come to the sim today, and you can grab it via the MFS marketplace for $14.99 (or regional equivalent). For more of the best plane games, you know where to click.