Microsoft have finally let an actual designer loose on their updated Xbox Wireless Adapter, making it look a little less like they got the summer intern to crap it out in between getting coffee and figuring out just how much deliberate pain and suffering they can impose on Windows users with forced restarts and updates.

The new adapter is the perfect companion for our pick of the best PC controllers.

Look, I get it. I understand the reasoning behind the design of the original chunky, blocky, Xbox wireless adapter. It was obviously meant to ape the cheap plastic, ‘90s VCR aesthetic Microsoft were going for with the visually challenged Xbox One. But damn, it’s a seriously ugly, lazy design.

The new design is some 66% smaller than the first buggy stick and has more of a softer look to it than the squared-off original. I mean, it’s not going to win any Red Dot Design Awards, but it at least looks like the designer spent a little more than their lunch break coming up with it. 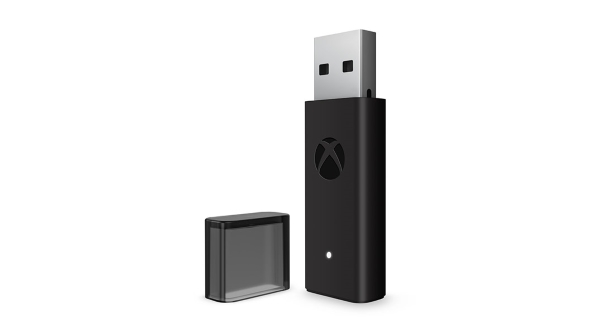 It still packs the same functionality into its svelte new chassis, letting you connect up to eight wireless Xbox One controllers to your PC at any one time. And, because companies like Turtle Beach are also using the same wireless technology in other cable-free peripherals, you can connect more gaming goodies to the same dongle too.

Fingers crossed it’s also a little less flaky and awkward to get connected too. My current old-school adapter needs to be re-inserted every time I turn on my PC and controller or it won’t be recognised. A little thing, but annoying as all hell.