Turtle Beach’s Stealth 600 and Stealth 700 headsets will be the first to launch using Microsoft’s Xbox wireless tech to connect. And they’ve had eight of them running from a single Xbox controller dongle… I guess it was a slow day in the Turtle Beach office.

Ostensibly they’re console-focused cans but, because they’re using the same connection as the Xbox One’s wireless controller, us PC people can use the existing Microsoft adapter to connect them to our rigs.

The two new wireless headsets are available for pre-order right now, but won’t actually be released until September. The Stealth 600 is the cheaper of the two at $99, while the 700 is selling for $150. They’re both sporting the same 50mm drivers, with a standard frequency range of 20Hz-20KHz, but the Stealth 700s have active noise cancelling and on-ear controls for chat mix and volume.

That does mean the Stealth 600s have a better battery life at 15 hours – the energy-sapping active noise cancelling brings the 700s down to 10 hours with it turned on. 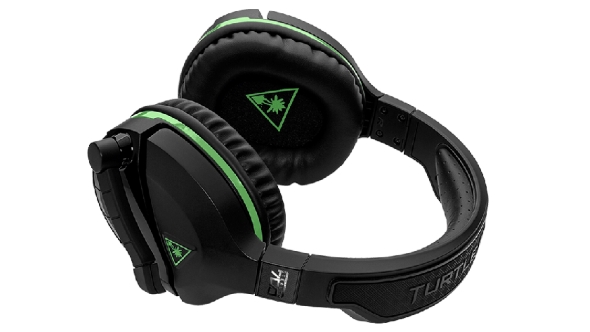 And, if you’ve forked out the $15 for Dolby Atmos via the Dolby Access app in the Windows Store (or enabled the Creator’s Update’s Windows Sonic spatial audio), you can have super-special surround sound too.