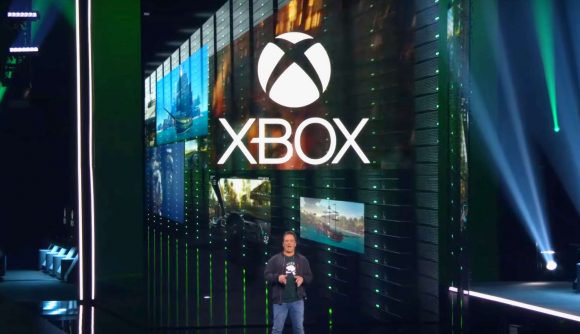 Phil Spencer has announced further details on Microsoft’s game streaming service, Project xCloud. The service is now available to try out at E3, with further previews promised for October – which will see it square off in the ring with Google Stadia.

Spencer remained light on the details for the service, swiftly moving on to Project Scarlett news. But we know now that every Xbox One will soon have the ability to become “your own personal and free xCloud server.” That’s a familiar notion for us PC gamers, but there’s still Microsoft’s hardware up in the cloud via Microsoft’s servers that will stream to your devices if you don’t have the console kit at home.

Microsoft first announced Project xCloud back in October, at a time when game streaming was a little less mainstream than it is becoming now. Or at least in theory. Similar services, which stream titles from either up in the cloud or from your local devices elsewhere, are available or incoming from Nvidia, Google, Blade, PlayStation, and many other paid and free services available online.

For us hardware nerds, there’s quite a bit tech up in the cloud necessary to power these experiences. Both Google Stadia and Project xCloud have been confirmed to use AMD tech up in the cloud. Custom Vega GPUs in Stadia, and the Xbox One SoC manufactured by the red team in xCloud.

Local power: These are the best CPUs for gaming

AMD’s Navi and Zen 2 architectures are also confirmed to be within Microsoft’s Project Scarlett… and Sony’s next-gen PlayStation for that matter.

Project xCloud will also utilise newfangled low latency encoding and decoding tech to attempt to combat some of the lag and fidelity issues posed by the streaming concept, especially prevalent when running across low bandwidth networks.

“You’ll have two ways to stream,” Phil Spencer says during the Xbox E3 briefing. “There’s a new platform feature, console streaming, it turns your Xbox One into your own personal, and free, xCloud server. Whether you’re using a console in our datacentre or a console at home, you’ll be able to use our hybrid streaming service to play your games wherever you go.”

While we’re impressed with some of the streaming apps we’ve used so far, we’re yet to see whether these services are polished enough for mainstream adoption. Many in the industry seem to think so… but they would say that.

Microsoft will need to not only prove the concept with Project xCloud, but also take on the growing competition in the market for its own slice of the pie. Stay tuned for more in October.