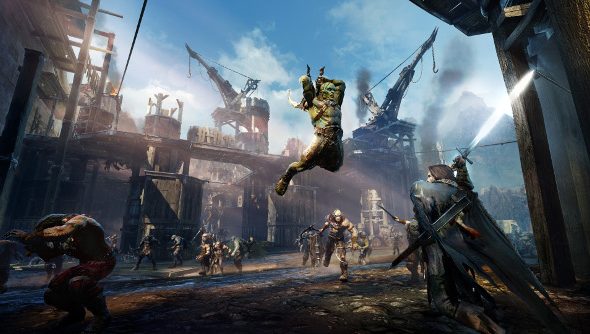 Middle-earth: Shadow of Mordor has probably earned the right to call its Game That Had Quite a Lot of DLC Edition a Game of the Year Edition. It was one of our favourites from last year and ended up being lavished with awards. It really was surprisingly excellent.

If you never got around to playing it, then you’ll soon be able to buy this new version, complete with all the DLC. It launches early next month.

Warner Bros. games tend to be DLC heavy, and Shadow of Mordor doesn’t buck the trend. There was a season pass, of course, and around 20 individual piece of DLC, ranging from single Runes to new story content.

The Game of the Year Edition will include all of that, including both the Lord of the Hunt and Bright Lord expansions.