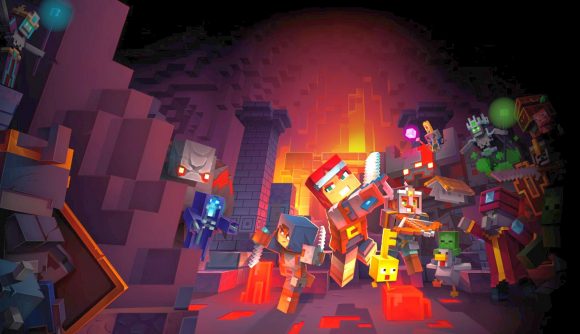 Minecraft Dungeons, the iconic block-builder’s dungeon-crawling spin-off, has been out in the wild for well over a year now, launching in May last year. But, it has yet to come to one of PC’s biggest platforms, though that’s about to change – Minecraft Dungeons is headed to Steam next month.

Earlier this week, some eagle-eyed fans spotted that a store page for the cubic action-RPG game had popped up on Valve’s platform, though it only gave – and still does only give – a planned release window of “September 2021”. However, Mojang has now revealed with a Steam release trailer (below) that the big day is set for September 22, so you’ve got less than a month to wait for Minecraft Dungeons’ debut on the platform if that’s where you’re keen to play it.

Additionally, the trailer’s description reveals that fans who pick up the game’s Ultimate Edition on Steam will get access to some freebies, “like soundtracks and digital artwork”. The Ultimate Edition includes all six of the game’s DLC packs as well as the base game.

If you’re yet to give the game a whirl, Minecraft Dungeons essentially takes the whimsical, blocky essence of Minecraft into a dungeon crawler. Players have to tackle procedurally generated and manually created dungeons full of monsters, traps, and puzzles to overcome, along with plenty of loot to find. It’s played from an isometric point of view and has classless gameplay, so you can make use of whichever weapons and kit you find as you like. 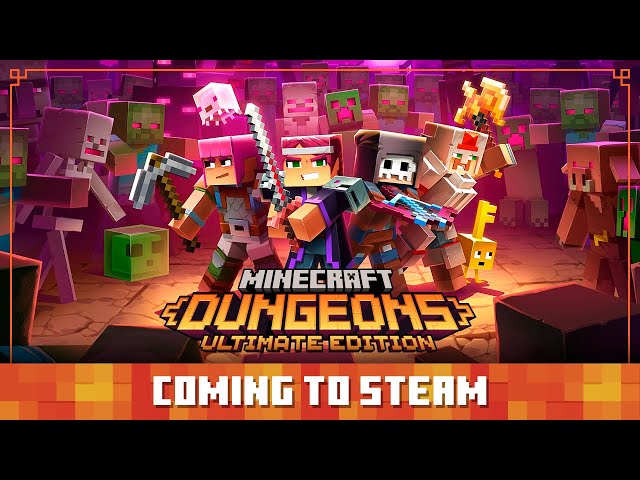 In our Minecraft Dungeons review, our very own Ben Maxwell gave it a score of seven-out-of-ten calling it “a stripped down Diablo that oozes charm and loot variety but is probably better suited to a younger audience”.