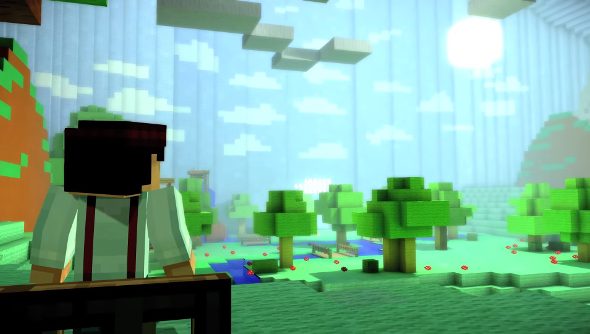 Telltale’s episodic schedule has been, historically, a bit uneven, but not in the case of Minecraft: Story Mode, it seems. It’s been barely over a month since the first episode launched, and now the third episode is already heading our way. You’ll be able to play it next week.

In the meantime, slap your eyes on the new trailer.

There’s a pig, a storm that wants to eat the world and lots of blocks. Look, I have no idea what’s going on, but if you’ve played the previous episodes or maybe got deep into Minecraft’s lore, you probably will.

Minecraft: Story Mode Episode 3 is due out on November 24th.