Appreciating the gothic majesty of the Notre Dame de Paris, a sense of accomplishment swells in the French artist Guillaume Dubocage’s chest. Brick by brick, piece by piece, he’s assembled the structure, ensuring that every block is in its correct and proper position. It’s been a gruelling undertaking, but one that offers its own reward in moments like this when he can finally step back and admire his work.

Dubocage (better known as MinecraftRepro) is one of a number of players who are using the blocky sandbox of Minecraft to create gorgeous 3D sculptures. Utilising a range of software, they push the limits of what’s possible in the game, constructing impressive monuments, gorgeous terrains, and breathtaking fantasy settings to impress their followers.

For Dubocage, the journey began in 2011 after creating his own server with a group of friends. At the time, there was no creative mode, but that didn’t stop them from trying to build something a little more ambitious than the usual, functional dwellings. Fighting off spiders, creepers, and whatever else the server threw at them, they managed to construct a crude replica of the Colosseum out of wood. Admittedly, it wasn’t the best, but as the game continued to grow in popularity and its building community flourished, their skills only improved along with it.

Since then, Dubocage has worked on an impressive number of Minecraft building ideas with an emphasis on reproducing famous buildings, such as the Reichstag (Berlin), St Vitus’ Cathedral (Prague), and the Basilica of the Sacred Heart (Brussels). Google Maps’ 3D view and other online references help him to capture the intricate details and subtle features of these buildings.

Some Minecraft builders use tools like WorldMachine and WorldPainter to create more interesting and realistic terrain tiles. The former is a 3D terrain-generating program that wasn't built with Minecraft in mind, so it requires some extra work to be compatible with the game. (Luckily, Blockworks has put together some helpful tutorials that should ease you into this process.) The latter is an interactive map generator that allows you to paint landscapes like any other paint program. The image is one of Guillaume Dubocage’s terrains, which shows what you can pull off by using the two together.

Dubocage prefers working on these real-world structures because of their clear end goal. “Before, I mostly built fantasy stuff, but the problem with fantasy is that there isn’t really a boundary. You’re always expanding, and that’s both time consuming and unmotivating. You always have more to do. I actually found my ‘niche’ in reproductions maybe a year and a half ago, when I recreated St Basil’s Cathedral for a contest. Although we didn’t win, it was nice to reproduce a real-life structure: you don’t have to think too much about what you have to build, and you know when it’s done. However, it is challenging to represent some real-life details with blocks.”

One major breakthrough in his building career was the discovery of tools like WorldMachine and WorldPainter to create more realistic terrains, and Builder’s Refuge, a server built with Minecraft builders in mind. Builder’s Refuge, in particular, offered him a ton of additional tools and plug-ins, including the bulk editing device Fast Async World Edit (FAWE), colouring tools like GoPaint, and Arceon, which can be used to create smoother shapes and outlines. 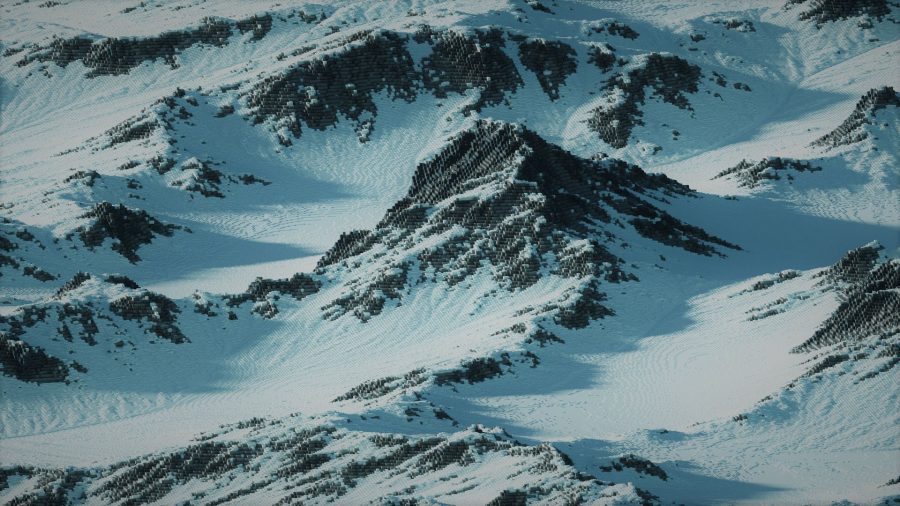 “I came across it […] just when I found my reproduction niche, and it seemed perfect for what I’m doing,” Dubocage says. “You can have multiple worlds on there, so I have my world for my reproduction and a few more for other projects, such as Marketplace stuff.”

Fancy a dabble? Check out the best Minecraft mods

But Dubocage isn’t the only one who’s been taking advantage of Builder’s Refuge to create incredible builds. Paolo Terzulli (known online as MPCBuild_) is a Minecraft artist based in Italy who has been frequenting the server for the last four years, in order to build everything from fantasy and medieval houses to real-world locations like Buckingham Palace.

“I got interested in building in Minecraft about five years ago, when I saw some builders on YouTube building their own cities,” Terzulli recalls. “At that time, I really liked three Italian builders – Nessvno, Eonli, and dan27 – and I [was inspired by] them. I got started in some American servers, [but] Eonli told me to join Builder’s Refuge. I find it really useful because it has all the plugins I need to build and it also has custom ones which you won’t find anywhere else.” 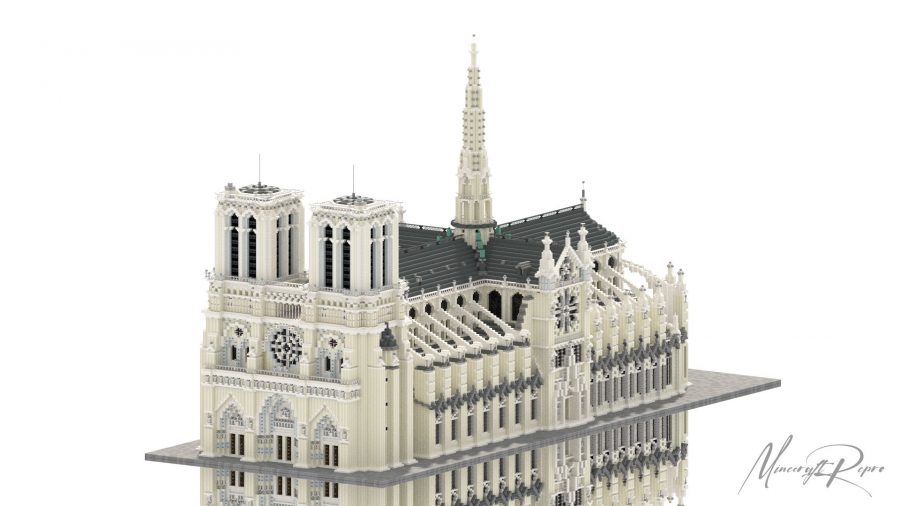 In stark contrast to Dubocage, Terzulli embraces the freedom that the fantasy genre offers builders. Scrolling through Pinterest or Artstation, he’s always on the lookout for new ideas or builds to make the imagination soar, whether it be a floating island engulfed in mist or an ostentatious castle crowning the peak of a treacherous mountain range.

Everyone can build. Find someone who inspires you and try again and again to be as good as them. Creativity is all you need

These builds often take weeks or even months to complete. And even then, there’s still more work to do before they are ready to show off to others in the community. Taking their completed builds, they export them to free rendering software, like Chunky or Blender, to add the finishing touches. This allows them greater control over conditions like the sun’s position and colour, so as to addmore impressive shadows and lighting. It also lets them tweak the colour of things like water, and gives them some control over block properties such as emittance and reflection. The results speak for themselves, with their block-based builds looking drastically better after only a few minor changes.

“After I complete a build I use FAWE to download the schematic” – this is a file containing your build, explains Terzulli explains – “Then I use a program named Mineways which converts the schematic into a .obj file, which I can import to Blender.” 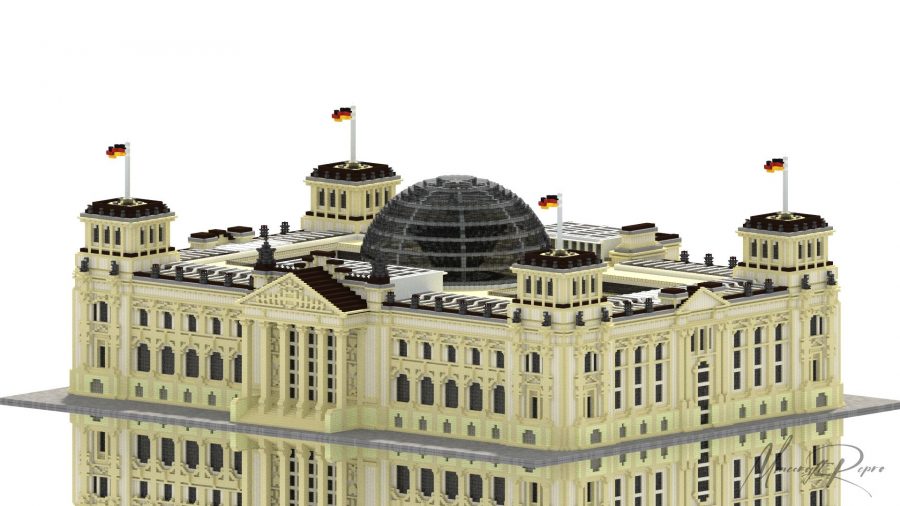 Of course, there are always other, more costly solutions. ThomasEsc is a member of PixelBiester, a German building team operating within Minecraft with their own server and community. He often uses a combination of Maya for the ‘3D’ part of his builds and Redshift as his render engine, while taking advantage of Photoshop for colour corrections and the minor 2D corrections. Unlike the free software mentioned above, these programs all require subscriptions, which can be quite expensive for beginners just hoping to try a few things out.

The results, however, are stunning. Among ThomasEsc’s most impressive creations are a sculpture of a deer breaking free from the flaming tendrils of a roaring fire (see header image), and an imposing castle build that’s reminiscent of something you’d encounter in a FromSoftware action RPG, with its ghostly pale and elaborately designed exterior capturing the eye (see below).

Find your canvas: Check out the best Minecraft seeds

The building community in Minecraft is very diverse, and filled with many different tools and techniques to explore. It can therefore be daunting to know where to start. As a result, we asked our master builders what advice they’d have for someone who wants to begin building their own creations. Here’s what some of them had to say. 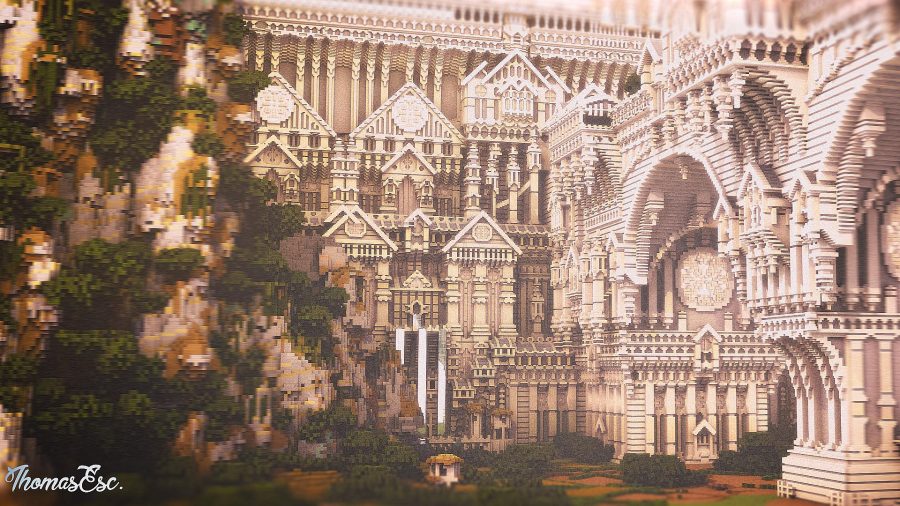 Dubocage says “I don’t really have [many tips], except that projects are better when they have limits, such as repros, because they have a clear end result, and you don’t spend an awful lot of time on [them]. Recreating real buildings can also be beneficial for beginners to develop their building skills, and to have some sort of architectural understanding.”

“I think everyone can build, so my tip for those who want to get started is to find someone to take inspiration from and try again and again to be as good as them,” Terzulli suggests. “Creativity is all you need, because Minecraft is the platform where [you can turn] simple blocks into masterpieces.”

These creators are constantly pushing the quality of their builds, and they’re not the only ones. There’s a ton of other talented builders and build teams out there, transforming the most basic of Minecraft blocks into works of art. All these years later, it’s inspiring to see how the game continues to be a tool that empowers creators, giving them the means to accomplish even their wildest ideas.