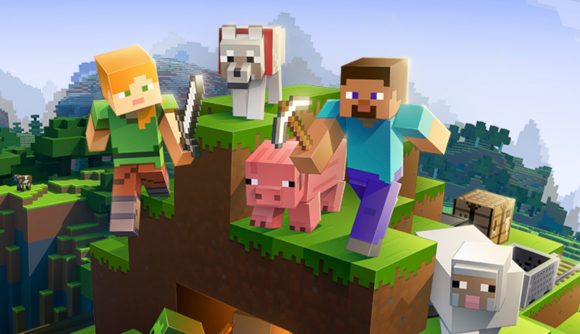 Minecraft speedrunning is a world full of rules and chaos, whether you’re going for solo or co-op records. The general gist is to try dig through the sandbox game as fast as possible, all while adhering to the rules of whichever category you’re going for. There are a bunch of different ones, but all of them have you embodying the Sonic the Hedgehog spirit: gotta go fast.

YouTuber M8use and a team of other players all got together to conquer the game in under two minutes without glitches, and the whole thing is up in a video now. The video is over seven minutes long, but the first five minutes serve as an explanation for the run itself, which begins at 5:10. As M8use explains, this run is built for one specific Minecraft seed on the Bedrock edition of the game.

The video shows the viewpoints of four of the five players in splitscreen. Each of them has a different role to fulfil, and it’s a hectic thing to watch. If you want the full experience, it’s probably worth picking one side and just watching that one. Watching Minecraft being completed in under two minutes, no matter how many people are involved, is incredibly strange to watch.

The Minecraft segment of Speedrun.com is spread across a lot of categories, and this serves as the new world record for the – here’s a mouthful – cooperative any% glitchless set seed 1.16.100+ category. The next-best run in the category is over four minutes, and it’s worth noting that only a handful of categories have any runs under the two minute mark. 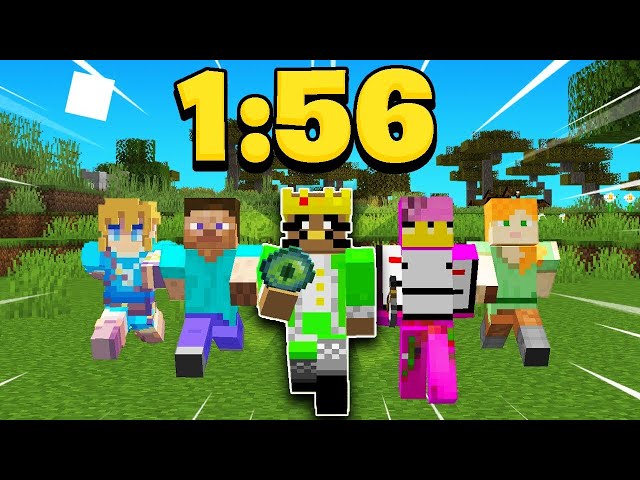 In less frantic news, the latest Minecraft snapshot had a big focus on music, and for that, we are eternally grateful.