Sep 12, 2020 This feature was originally published in 2019 and has been lightly re-edited to bring it up to date.

At 2019’s Summer Games Done Quick, 20-year-old Canadian speedrunner Kye ‘Illumina’ Riddell sat down to run the any% random seed glitchless category of Minecraft. It’s a category which has historically been dominated by Japanese speedrunners, and is notoriously difficult given its reliance on RNG.

Players are dropped into unfamiliar Minecraft seeds, and have to improvise quickly to farm the Ender pearls and Blaze rods necessary to reach The End. A lot can go wrong in the run, from simply getting a bad seed, to struggling to find the resources necessary to advance, or falling victim to poor weather.

With so many random factors in play, it’s not unusual for speedrunners’ times to be wildly inconsistent between separate runs as they try to minimise the risk associated with these different tasks. We reached out to Riddell to ask what attracted him to such an unpredictable category and how it has developed over time.

“I first got introduced to the category in about 2013 when I saw a YouTuber named Setosorcerer do attempts of the same thing,” Riddell tells me. “I was intrigued because I thought the runs [looked] pretty fun, and so I tried a couple runs of it. I was really bad when I first started, so I gave up pretty early. It wasn’t until about 2014/2015 that I learned about the Japanese community for the speedrun.” 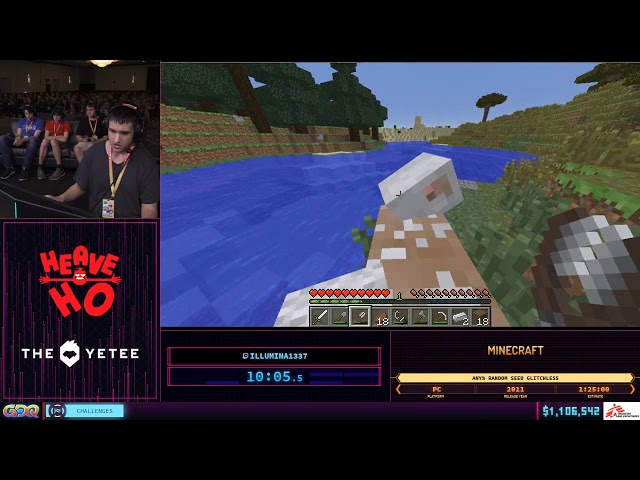 Around 2014, most Western speedrunners had assumed the YouTuber HemboHero held the world record for the category with a time of about one hour and ten minutes. However, a Japanese speedrunner named ‘tarokitchen’ was the actual title holder, with a previously unheard-of time of only 37 minutes.

One quick way to beat the Ender Dragon in The End is to place down beds. Mojang never intended players to be able to sleep in The End, so beds will explode after a minor delay. Players can therefore goad the Ender Dragon to fly directly towards the bed, and quickly place a block between the bed and themselves to ensure they don’t take too much damage from the blast.

Riddell says “After watching tarokitchen do lots of runs and seeing how consistent he was with such a random speedrun, I decided to give it a shot in 2015 and have improved a lot since then.”

The Japanese community were responsible for pioneering much of the run, from setting the tradition of playing it on hardcore to developing most of the strategies that players use today. These include time-saving tricks such as resetting the game to begin in a dry biome, ensuring that Endermen consistently spawn; making holes to quickly fight off mobs; and throwing Ender eyes to triangulate the position of strongholds.

According to Riddell, whereas most Western speedrunners initially treated the run as a question of luck, the more active Japanese community were learning how to minimize the risk of a run going astray and improving their consistency as a result. 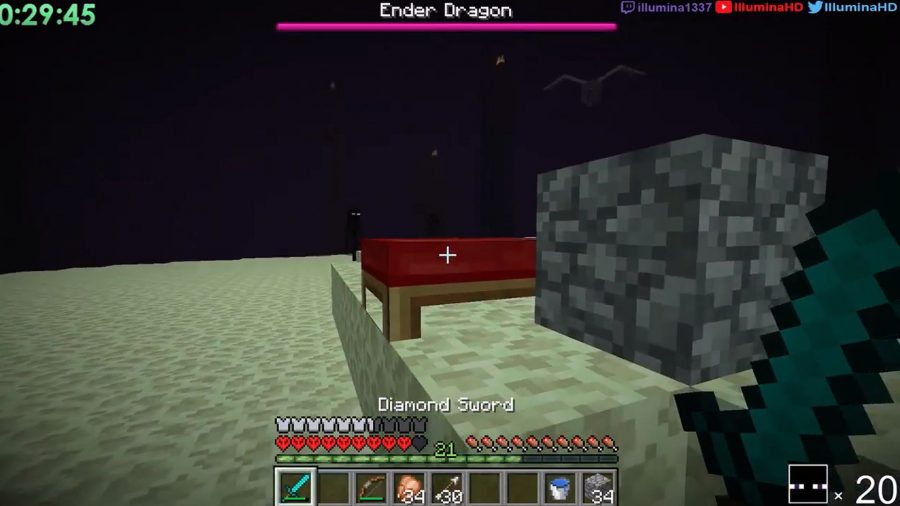 Riddell says “A couple of people have tried runs before in the West, but I would say Japan defined how you do a random seed speedrun. If you want to improve at this category you’re pretty much copying Japan, which is what I did.”

An interesting quirk of the category, Riddell explains, is the desire for consistency over chasing records. He’s much more focused on improving his average time than actually having the record for himself. He views the run more as a struggle of taming the game’s chaotic elements through skill and improvisation than a competition between individual players.

“I would compare it to something like Rubik’s cube speedsolving, where most speedcubers only care about average,” Riddell says. “If they get a personal best or a world record, they will still be happy even though it’s luck-based, but they usually care a lot more about getting their average down. 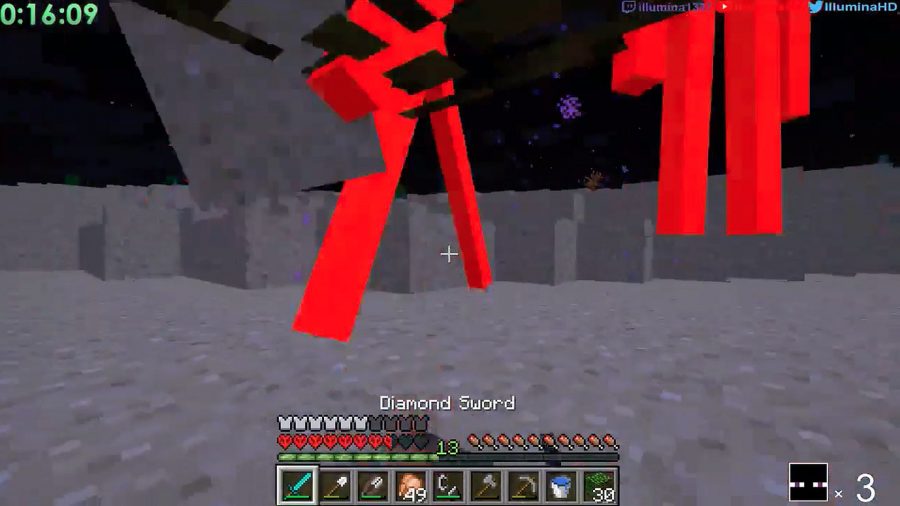 “A lot of speedrunners have the mindset of grinding world records down, which is fine, but I think you’ll have a lot more fun if you have a ‘consistency’ mindset when doing this category. Of course, I still want the world record, and tarokitchen and I definitely have been grinding a lot recently to try and improve it, but I’d say we do care about our consistency more.”

I ask Riddell about the future for the category and whether we’ll see new techniques to help beat his current best of 23 minutes 53 seconds.

“I think new strat potential comes from running different versions of the category,” he muses. “In 1.14 they changed how trading works and people thought of the idea of trading for pearls in that version, which might be fast.

“As long as they keep updating the game I think there could be a lot more potential on how we approach the category for sure, but I would say 1.7 is fairly optimised at this point with its strats. Improvement mostly comes from luck plus better on-the-fly routing and execution.”