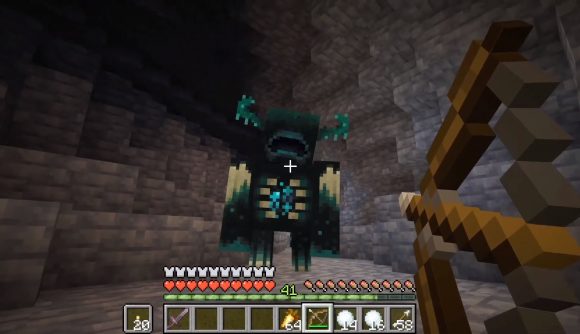 Prepare yourself chosen undead, for as you wander through this dark and ancient land, at the very depths of your despair, you may just look down at your withered form to find that the cruel winds of fate have transformed your once-corporeal being into…. well, a bunch of blocks, actually. At least that’s the case with Reddit user Eonli0’s latest creation, inspired by the dark medieval aesthetics of the Dark Souls universe.

The creation, which you can find below, depicts an armoured knight with a cape, hood, and sword, standing on a swirling plinth of gravel and fire. The detailed block work in itself is incredibly impressive, but what’s truly special is the use of Object Source Lighting – a technique where the artist uses a simulated source of light to create shading in certain areas. This helps to accurately reflect the behaviour of light on objects, adding to the subject’s realism.

Here, the Object Source Lighting has been used to create the sensation of the embers which play such a prominent role in the Dark Souls universe, and the result is mesmerising.

Check it out below:

Here’s my latest project I made in Minecraft, inspired by Dark Souls series! from gaming

Feeling inspired to jump into the building and survival game now? Don’t forget to check out our Minecraft brewing and potions guide, for all your concoting needs. Or, if you’re in the mood for more amazing Minecraft fan creations, SomeBODY made Shrek’s All Star opening in Minecraft.