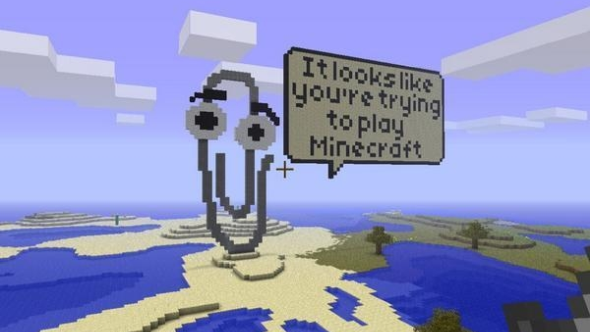 High above the forest floor, three figures run stiffly across a rope bridge. The bridge is long and appears to sag under its own weight, but it doesn’t buckle or break. Instead, it carries its passengers all the way to the crest of a cliff, where a strange artifact awaits them. Two pastel monoliths – one red, one blue, each the height of four men – bookend a vast ebony wall. It’s a Nintendo Switch.

This is how Microsoft chose to announce the unification of Minecraft across platforms during their E3 conference. Once the Better Together Update hits in the summer, the game’s editions on Windows 10, Xbox One, Nintendo Switch, mobile, and VR will simply be called ‘Minecraft’. They will share DLC – and players – in fulfilment of a plan the publishers have been working towards since they bought out Notch in 2014.

It’s a good plan. But as a side effect, the Minecraft so many of us own and play has been sidelined. Minecraft: Java Edition – the original Minecraft – is not invited to Microsoft’s unification party, and neither is the ginormous modding community that has sustained it for this long.

While Mojang have remained the public face of the game, the groundwork for a cross-play Minecraft was laid, not in Sweden, but in Redmond. At last year’s E3, I met the American team behind the Windows 10 Edition. Their principal work has been to take Minecraft: Pocket Edition, which traditionally lagged behind its parent game, and turn it into the full-featured, cross-platform version presented at E3 this week.

The significance of that work? Pocket Edition was coded in C++, cutting it off from years of Java-based modding on the PC.

“Mod support is hard because C++ is not as reverse engineerable as Java,” wrote Microsoft developer Tommaso Checchi when the Windows 10 Edition was first announced. “Plus many stores don’t allow those kind of mods.” 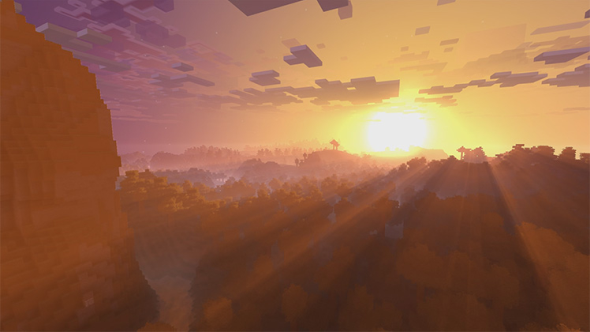 To their credit, the Redmond team have made tangible efforts to ensure C++ Minecraft is easily editable to players. They’ve made the game’s files accessible in a way they never were before, allowing any sufficiently curious player to redraw character textures in MS Paint, or fiddle with the values that determine a creeper’s behaviour in WordPad. And they’ve done it in a fashion that, unlike the mods of Java Minecraft, won’t break with every significant update.

“We totally know that people will [want to] go off and build totally new mods and systems on top,” said developer Jason Major last year. “Our ambition is to get there eventually, letting people customise the game essentially in any way they’ve been able to do in the past, [but] now in this official capacity.”

It’s admirable work that in some ways improves on the original. But, even if new Minecraft is able to support modding at the level of its predecessor, an entire history will be left behind. 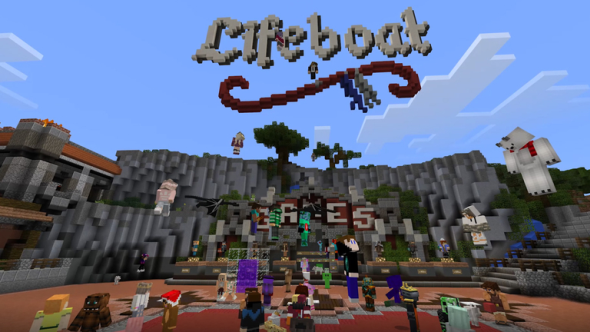 The mods that add functioning computers inside the game and teach quantum physics. The retextured servers that recreate GTA and The Hunger Games. The adventure maps that have produced a culture and, lest we forget, catalysed a YouTube revolution. They will all unavoidably remain confined to Java Edition.

This is not a niche concern. Often, in the world of hardcore PC gaming, it’s easy to forget that modding isn’t the norm. While we may balk at the idea of booting up Skyrim without a cocktail of favourite mods installed, the vast majority of players will perfectly happily play in vanilla forever. Minecraft, however, is an anomaly: a year ago, the Redmond team estimated that about half of Minecraft: Java Edition players customise it in some way. If they want to play online with their friends on console, they’re going to miss it.

Microsoft say they’ll continue to support Minecraft in Java, and we’ve no reason to doubt that – they and Mojang have continued to work on it together over the past two-and-a-half years. But the fact remains that Minecraft: Java Edition – the Minecraft, where Notch began work the best part of a decade ago, and where the game became a PC gaming phenomenon – is no longer Microsoft’s favourite build. It feels only right to take a moment to acknowledge that.

If you want to check if your PC matches the Minecraft system requirements 2020, then use our tool and answer the question “Can I run Minecraft?“