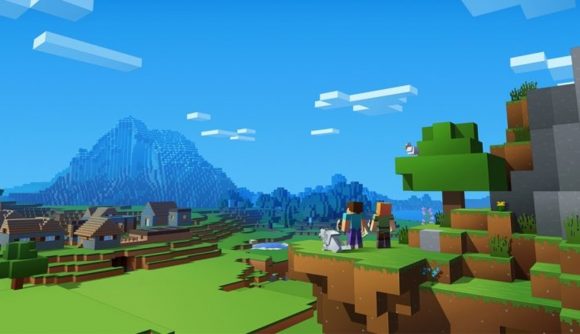 The original creator of Minecraft, Marcus ‘Notch’ Persson, will not attend the sandbox game’s ten-year anniversary event in May. A Microsoft spokesperson told Variety that he won’t be part of the game’s press event in Stockholm because of his “comments and opinions.”

The Microsoft spokesperson went on to explain that Notch’s personal opinions did not “reflect those of Microsoft or Mojang and are not representative of Minecraft.” Persson released Minecraft in 2009 and then sold the rights to Microsoft and Mojang Studios in 2014 for $2.5 billion. He has had no involvement in in its development since.

This isn’t the first time Minecraft’s new owners have taken steps to distance the game from its creator. Last month, an update removed a number of references to Notch, though his name still appears in the credits.

Microsoft didn’t elaborate on exactly which comments had caused Notch to miss the party, but he has become an increasingly controversial online presence over the years, with his Twitter account criticised for a number of inflammatory statements and references to occasional conspiracy theories.

Related: Check out our list of the best Minecraft mods

Minecraft has been an iconic PC game since its release ten years ago and it’s still going strong. The game’s original PC version hit 30 million sales this year, and there’s even an official Minecraft live action movie in the works, due out  in 2022.