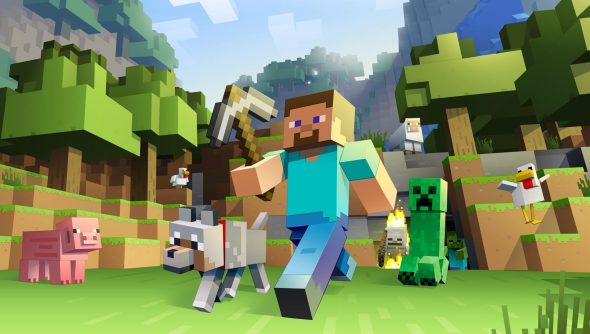 Minecraft’s tenth birthday is just around the corner, and to celebrate, the very first version of the game is now available to play for free, in your browser. In an announcement last night, Mojang revealed that you’ll now be able to play the original 2009 build without paying a penny.

Minecraft Classic, as the developer has dubbed the “lovingly nostalgic” release (and which you can play here), comes with a somewhat spartan set of features. Mojang’s restored the first version of the game, warts and all. With that in mind, you’ll get just 32 blocks to build with, all of the game’s original bugs, and some of that questionable early UI. As creative communications assistant Tom Stone points out, if you’ve hated every update Mojang has ever released, then this is the version of the game for you.

As someone who has made it this far through their PC gaming career without ever having played Minecraft properly, the browser version of the game comes as a pleasant surprise. I have no idea what I’m doing, admittedly, but I was playing in seconds, and there was a pleasing simplicity to the whole affair.

Of course, Minecraft Classic doesn’t offer any of the features that Mojang has added over the years, but if all you want out of Minecraft is a peaceful space to build things in, then this is probably your safest bet.

It sounds as though Mojang has plenty more tricks up its sleeves when it comes to celebrating the game’s tenth anniversary, so keep a look out over the next few days. There’ll be a party, of course, but the game’s original creator, Marcus ‘Notch’ Persson hasn’t been invited thanks to his online comments.

Elsewhere, a Minecraft movie is in the works, but the game will be a good few years older by the time it actually hits cinemas – its release date is currently set for 2022. Hopefully that’ll give me enough time to get caught up with ten years of updates.