Minecraft now has an official way to export 3D models, but there’s a catch: it’s only available with the Windows 10 version of the game. With that version you can now pull models out of the game and upload them to Microsoft’s Remix 3D platform where they can be viewed by anyone.

For more ways to customize your mining and crafting, check out the best Minecraft mods.

There’s now a special block you can lay down to start the export process, which involves setting the X and Y boundaries of your creation along with deciding a few other options, like whether players will appear there. Then give it a name, tag it, and upload. Voila! Your beautiful Minecraft castle – or some random tree you liked – is now on Remix 3D for all to see.

The fancy part is that these models can be interacted with directly in Paint 3D, letting you spray graffiti all over other people’s creations. (You monster.) Or add some storm clouds for a dapper dinosaur to run through, as the Mojang team have done here. 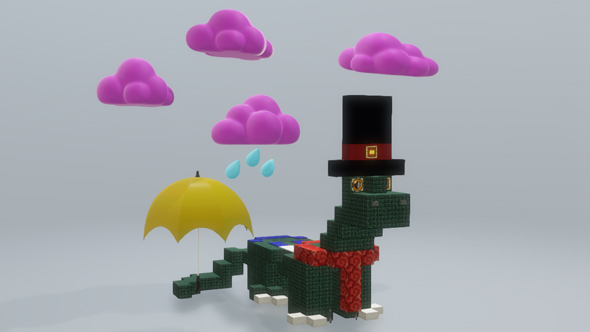 Exporting has been in beta for a bit, so the official board already has some neat stuff. Personally, I’m a fan of this treehouse, which has been helpfully edited to remind you of the name of the game it was built in. 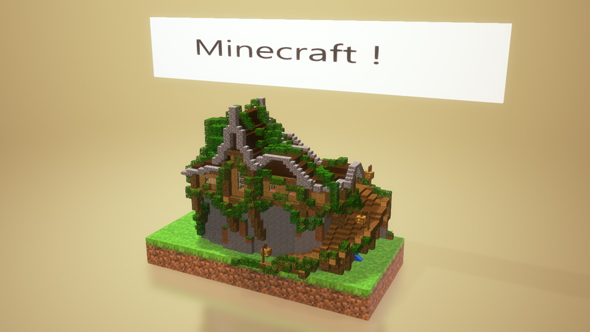 Of course, Minecraft has unofficially supported these kinds of exports for ages, with third-party tools allowing pretty much the same sorts of things as we’ve got in this update. But in-game integration, easy sharing, and the weird shenanigans of Paint 3D still make this a neat addition. Sadly, exporting creations as models means you won’t see anything quite so wild as, say, a playable Pokémon Red on the board, but we’ll take what we can get.