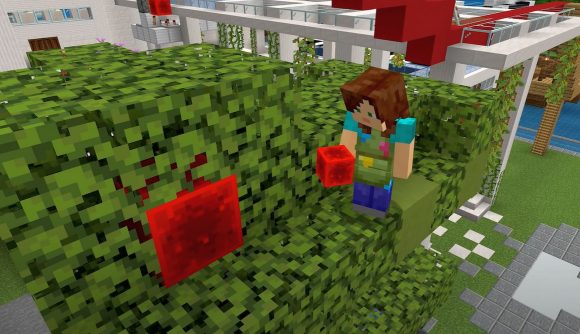 Minecraft has come to Xbox Game Pass for PC, with both the Bedrock and Java editions of the sandbox game now available for subscribers running Windows 10 or 11. This not only means those playing on PC through Game Pass get access to cross-play with others “regardless of platform” – there’s also a new “unified Minecraft launcher” to help you start both versions of the game from the same place.

“We’re introducing a special feature – the unified Minecraft launcher!” Mojang Studios creative writer Cristina Anderca announces in a blog post. “Instead of having separate launchers for the Bedrock and Java Edition, you will be able to start both versions of Minecraft from a single game launcher.”

The post later reads: “Minecraft has never been easier to play on PC, and I’m sure you’ll enjoy it as much as I do. So far, I’ve just been switching between the two editions and marvelling at how easy it is. Now if you’ll excuse me, I must find out who came up with this idea so I can bury them in fan mail.”

A handy explainer on Minecraft’s help centre site offers some details on how this new feature, called the Minecraft Launcher for Windows, works. It’s available via the Windows store here and it lets you launch Minecraft, Minecraft: Java Edition, and even their dungeon crawler spin-off Minecraft Dungeons from the same location – a “one-stop portal into the Minecraft universe”, as the store page describes it. You don’t need it to dip into these games going forward, mind – it’s just a helpful option in case you’d like to access them all through one launcher rather than several.

Turn up that jukebox and light up the skies in fireworks: Minecraft is now included in Game Pass for PC! That means access to both Bedrock and Java in your subscription, plus a unified launcher for both editions!

Learn how to join the party:

Naturally, while the launcher is free, you’ll need to have bought the games separately or subscribed to Xbox Game Pass for PC (or Game Pass Ultimate) to access them through it. Somewhat confusingly, there was an old launcher called ‘Minecraft Unified Launcher’, which was specifically for Windows 7 and 8 and only launched Java Edition and Minecraft Dungeons. You don’t need to uninstall this one to run the new one, but Mojang recommends doing so “to cut down on confusion”.

For the full info on how to grab and run the new launcher, head to that help centre site post linked above. To sign up to Xbox Game Pass for PC, head to that link.