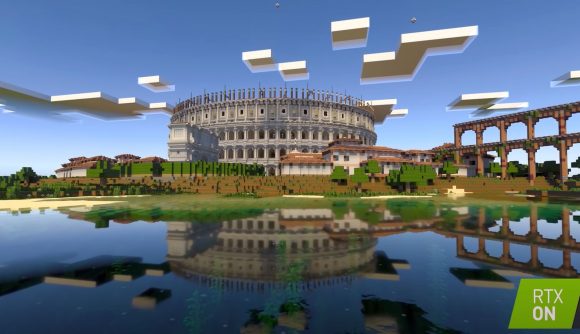 Earlier this year, Minecraft developer Mojang and gaming tech company Nvidia announced that the sandbox game was getting a new feature allowing for a huge visual overhaul. Called Minecraft with RTX, the shiny new option got a beta launch back in April, but now its full launch has landed – Minecraft with RTX launches on Windows 10 this very day.

“We’re excited to officially launch ray tracing on Minecraft for Windows 10, powered by NVIDIA and Minecraft’s Render Dragon technology!” Mojang announces on the building game’s site. “Players will now be able to experience Minecraft in a new light (sorry) with brightened blocks, emissive pixels, water reflections, accurately cast shadows, and rich global illumination. But why have me explain it with fancy words when you can watch a video with pretty pictures?”

With this, the studio’s unveiled a brand-new footage reel showcasing the block builder with its glorious new ray traced visuals, which you can check out below. Complete with handy before-and-after shots of various RTX-enabled worlds, the clip shows the feature’s ability to transform the entire look of the game’s visuals.

Mojang adds that to get the new feature working in your game on Windows 10, you’ll need to have a GPU capable of ray tracing, for example a “GeForce RTX 2060 GPU or better”. Players who get Minecraft with RTX up and running will “by default see everything enhanced with a special physically-based rendering texture pack, which interplays with the ray traced effects to further enhance the experience”, the dev explains. 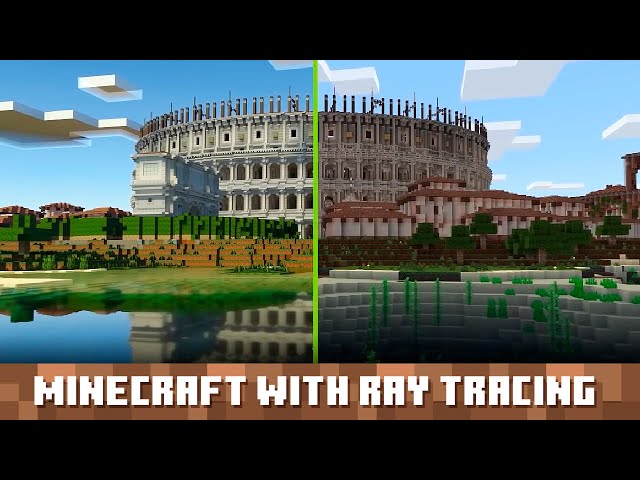 If you’re looking to find some Minecraft ray traced worlds, you can take a look at that link, or head to the Minecraft marketplace to grab some for your game. The new update includes two new free worlds, too: Colosseum RTX, which is available now, and Dungeon Dash RTX, which is “coming soon”.

If you’re keen to try make some ray traced worlds yourself, you can head to Nvidia’s site here to find a starter pack and guide which designed to help you get started. Plus, you can read more about the update in-depth here if you want to know how it works and check out the FAQs.