Remember back in April when Mojang and Nvidia launched the Minecraft with RTX Windows 10 beta? The release ushered in a type of ray tracing to Minecraft called ‘path tracing’, adding all-new “realistic shadows, lighting, and vibrant colours”. Now, the companies have unveiled some shiny new ray traced worlds, alongside an update that enhances the “quality, fidelity, and performance of the path traced visuals”.

The brand-new Minecraft maps have been revealed on both the building game’s and Nvidia’s respective sites, as part of Creator Worlds Pack Three. The first of these – titled ‘Portal Pioneers RTX’ – is from creator Cyclone Designs, and lets you “step through mysterious gateways that transport you into new worlds!” – which, going by the pictures featured, certainly are “dazzling sci-fi inspired worlds” with RTX switched on.

“The immersive story comes with a voice over and a helpful robot companion,” the description says, adding: “You and your friends can work together to complete challenging puzzles [and] fight unique monsters”, too.

The second of the sandbox game’s two new ray traced worlds, from creator Razzleberries, is titled ‘Fins ‘n’ Flippers RTX’, and takes you to the seaside for an aquarium adventure. “Explore a vast island that features majestic coral reefs and collectible rare species of flora and fauna,” the description reads. “Together you can restore the aquarium, research new species, capture unique animals, and unlock new building materials. What are you waiting for? Let’s dive in!” 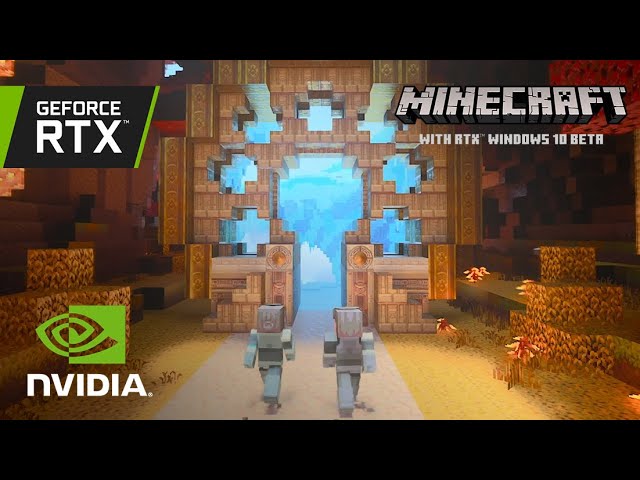 Both worlds are totally free to grab via the Minecraft marketplace if you’re keen to give them a go. But, that’s not all – Nvidia adds that it’s worked with Mojang to enhance the game’s RTX beta with support for the latest Minecraft Nether update (version 1.16). 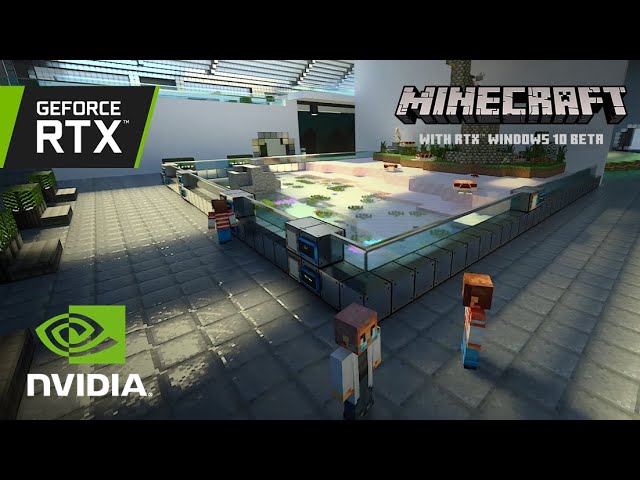 This means “Improved sky visuals in ‘The End’ and Nether, adaptive denoising, for improved, faster denoising, especially in areas transitioning between light and dark, tonemapping tune, for improved emissive lighting from torches and other emissive objects”, and a “Microsoft DirectX 12 Ultimate 1.1 update, for improved performance”. Whew! You can check for this Minecraft with RTX update via the Microsoft Store.

You can also check out our Minecraft mods, Minecraft seeds, and best Minecraft servers guides if you’re keen to see what’s out there.