Since their inception in the late ‘90s, MMORPGs have proven one of the most durable permutations of social gaming, and their influence can be felt across the grand spectrum of genres. From grinding levels solo because no one you know is online, to grouping up with a gaggle of randoms to tackle a stiffer challenge, MMOs have always thrived on a shared sense of community to get you through the doldrums of life – or at least the drudgery of running the same quest again and again to get to the next gate.

Even in the days of Everquest, the lure of raids – highly challenging content aimed at those nearing the zenith of progression, typically requiring a large number of teammates to complete – was one of the primary carrots that developers relied on to keep players spiralling up the seemingly endless stairs of fathomless dungeons and fetch quests.

Now, after twenty years of tinkering, the concept of a ‘raid’ has come to encompass a wide variety of gameplay styles, and developers have relied on technology to ratchet up the spectacle, but the fundamentals remain largely the same.

“Raid-style content is one of the many different tools developers can utilise to conjure up an endgame,” Jason Reynolds, senior designer at Guild Wars 2 studio ArenaNet, says. “One of the innate features of [raids] is the fostering of socialisation and camaraderie, which is doubly critical to the MMO genre. Being the first of your peers on a server of thousands of people to complete a particularly difficult encounter brings notoriety, proof of your skill with the game’s most challenging concepts, and oftentimes the end result is solidified, friendly bonds. That’s what MMOs are all about.” 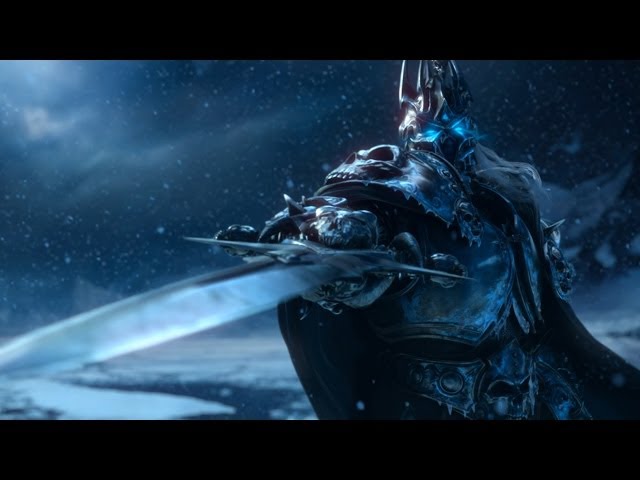 While Everquest was the first 3D game to incorporate raids – an idea conceived in the text-based Multi-User Dungeons of the early ‘90s – there’s little doubt that it was the breakthrough MMO World of Warcraft that first popularised the mode, in its 40-person incarnation. According to game director Ion Hazzikostas, WoW’s early raids were undoubtedly inspired by Everquest, especially the profound sense of scale that 72 simultaneous players brought to the experience. Intended as the apex of achievement for enthusiasts, whole sub-communities began to sprout up around the raiding experience, with raiding guilds comprising some of the game’s most passionate players.

The increase in player skill is astounding, thus a dramatic gap has opened

“There was definitely a realisation around that time that raids were a unique vehicle for the MMO genre,” Hazzikostas tells us. “It’s one of the most powerful social experiences you can have in online gaming. It’s that sense of cooperation, doing the same thing with a dozen or more people again and again, that generally keeps people with the same group for years and years. Raiding guilds have been a mainstay of WoW and every other MMO out there for a long time, and the hours spent together in battle, arguing over strategy or whatever else – those form real friendships. When you look at something like BlizzCon, you see people coming across the country to meet their guildmates in person for the first time, and that’s a testament to the power of the raid format.”

In Hazzikostas’s view, while the format has evolved over the years, there are several elements that make up an archetypal raid. While many players would point to large, multi-phase boss fights as the backbone of a memorable raid, Hazzikostas takes a more measured stance. It’s not so much that you need to have a massive single target that shifts its attack patterns or throws waves of ‘adds’ at you as you chip away at its HP bar, rather, it’s that this format is one of the easiest ways to tick all the design boxes that the hungry playerbase expects. 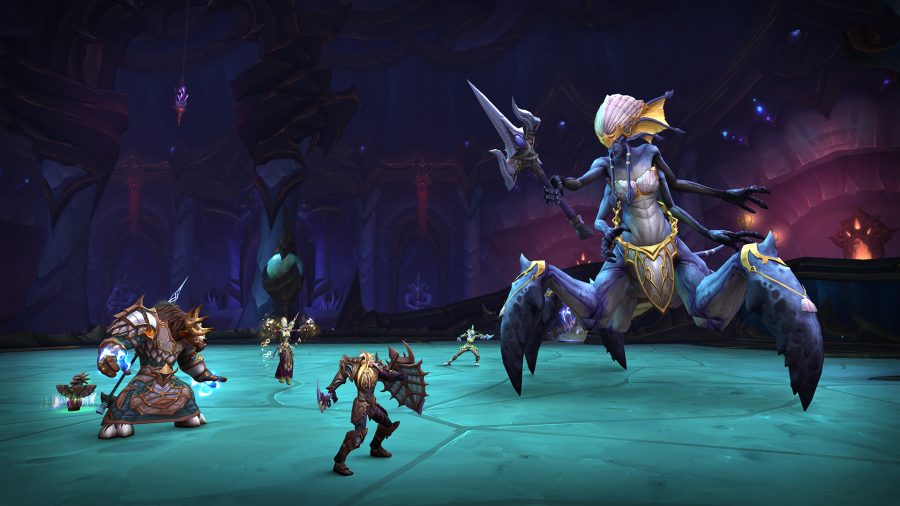 More broadly, he says that a good WoW raid needs to hew closely to the ‘holy trinity’ of MMO player roles: tanks, who soak the boss’s damage; healers, who erase it; and damage dealers, who keep pace against the boss. While WoW’s 12 classes each have their own sub-domains, such as crowd control or area-of-effect damage, for the most part they each fall into one of those roles, and challenging them equally is key to good raid.

Hazzikostas emphasises that a consistent sense of challenge is absolutely essential to raid design, perhaps even more so than in traditional single-player games. In his experience, as the number of players in a multiplayer PvE encounter increases, their willingness to tolerate difficulty spikes decreases, especially when the brunt of that difficulty falls on a particular class. That said, the WoW team specifically tries to tailor encounters to showcase the skills of particular groups, with the goal to throw the spotlight on each role in turn throughout. 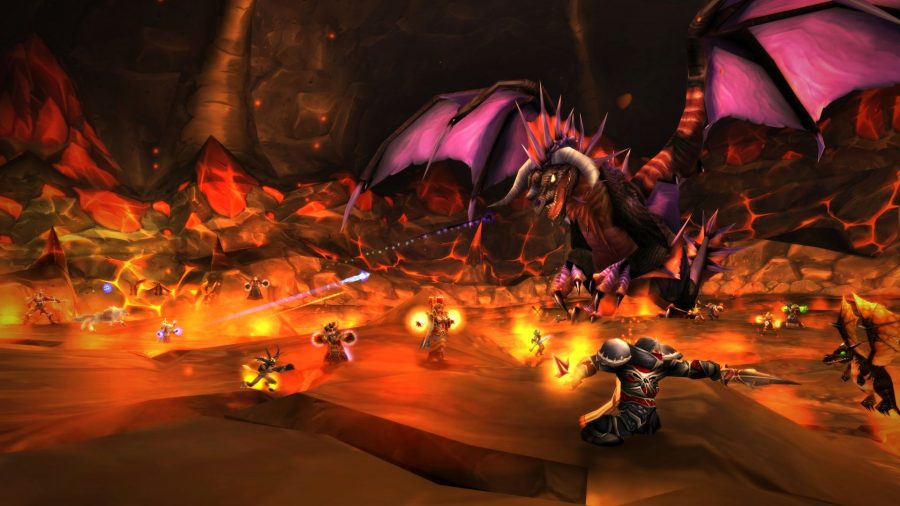 “Pretty much the worst thing you can do in a raid situation is make it rote for one role, and very complex for another,” he says. “It can be very frustrating if the challenge falls entirely on your tanks mastering something that’s very complex and intricate, and meanwhile everybody else has already mastered it, so they’re just getting mad at their friends. That sense of balance is absolutely necessary.

The worst thing you can do is make a raid rote for one role, and complex for another

“We’re not going to be able to provide something unique for every one of those specialisations in every encounter, but across an entire raid zone, we can. It’s about having that moment where your talents are in the spotlight, and you contribute to the group’s success in a special way, but in the next boss fight, you take the back seat and someone else gets to shine.”

“Raids have evolved a lot over the last two decades, but there is a consistent formula,” ArenaNet lead designer Crystal Reid says. “At its core, if the content is challenging, requires group coordination, and rewards you for your skill, it can fall into the ‘raid’ category of content. We’ve seen the size of raids drop quite a bit during that time, going from upwards of 100 players down to as few as six. What that looks like in every game might be a little different based on the game’s needs.” 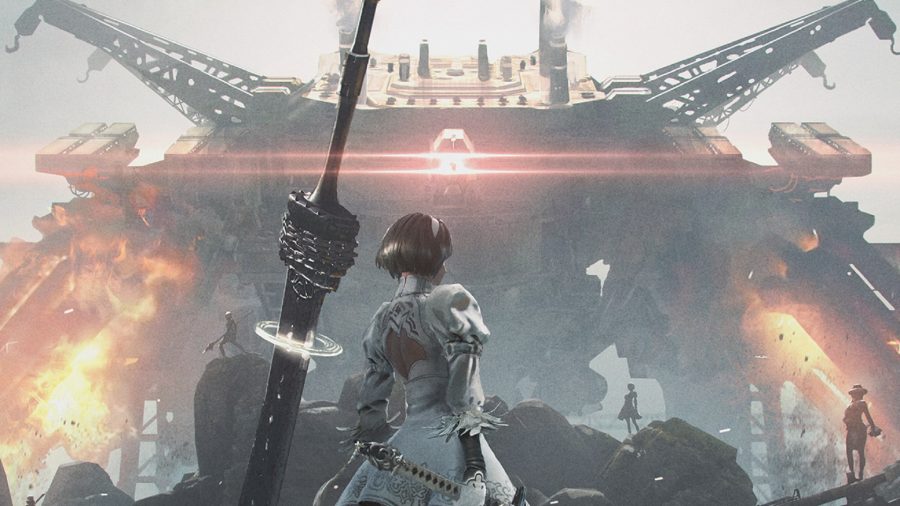 While designers have to worry about wrangling that sense of challenge within a raid group, they also have to accommodate different degrees of player skill. Over the past decade, many MMOs have introduced difficulty settings for their raids, which allows the game to appeal to both the highly skilled guilds competing to become the first in the world to slay the archfiend, and the more casual groups that Hazzikostas calls the “Friday night beer run crowd.”

It’s a problem that Final Fantasy XIV director Naoki Yoshida, who has held his position since the game relaunched as the critically acclaimed Realm Reborn, knows quite well. His team has recently been working on a series of high-difficulty raids known as ‘Ultimates,’ which are intended to replace the existing ‘Savage’ raids as the hardest content in the game. While he emphasises that Ultimate raids are intended to stand apart from FFXIV’s core progression, Yoshida says they’re a response to the needs of the greater playerbase. 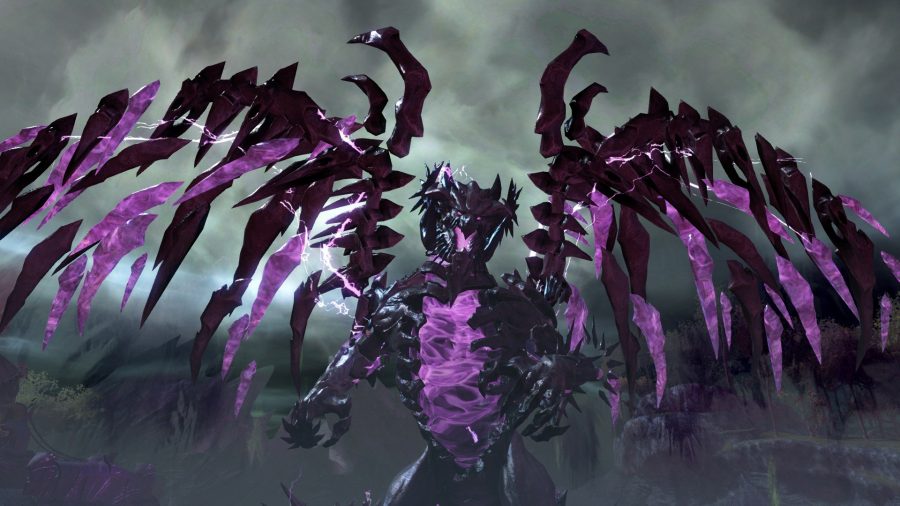 “The increase in player skill is astounding, and thus a dramatic gap has opened up, so when we make raids, we try to minimise that gap by tuning the job actions and the battle system overall,” he says. “I feel that what makes a raid good or bad is not the difficulty level, but whether the gimmicks and mechanics are convincing enough to the player. If the way they solve the raid is convincing and players can accept the logic behind it then they will continue to try it, even if the difficulty level is high.”

Over time, as the technology powering these MMOs has increased in raw horsepower, it has allowed for a greater deal of complexity and creativity in their raid encounters, so much so that Yoshida says he doesn’t like to compare past raids to current ones as he doesn’t feel it’s fair to the design team.

To Hazzikostas, the most dramatic changes have come in the boss arenas, which allow for a deeper level of environmental interaction. He cites the Siegecrafter Blackfuse fight in the Siege of Orgrimmar raid as a particularly salient example. Here, players storm a factory floor filled with conveyor belts that spit out magic mechs, which means the group has to splinter itself to deal with the disparate threats. “I think it would’ve been unthinkable to the original WoW team, to make something like that that would actually work,” he says. “From that perspective, we’ve come a long way in fifteen years.” 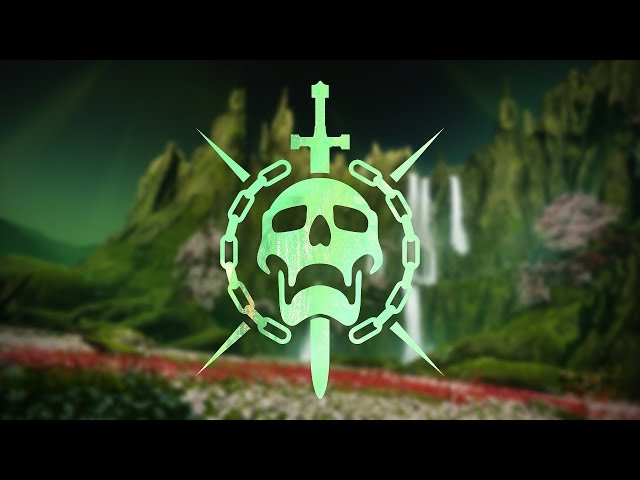 Still, probably the most radical shift that’s occurred in the raid space in the past few years is that of player count. For the most part, MMOs have jettisoned the 40-man megagroups of yore, instead focusing on groups that are as low as six (Destiny 2) or eight (FFXIV) in number. Even WoW has allowed some flexibility, scaling many of its newer raids for groups as small as ten. While you could argue that this diminishes the epic scale that raids are known for, the designers themselves view it as a move towards a more sustainable activity. In Guild Wars 2, for example, Reid notes that the addition of raids several years into the game’s lifespan led to some difficulties.

In for a penny: PCGamesN’s best long reads

“The core players of the game had spent most of their time in a five-player environments through [in-game content like] Dungeons and Fractals, and we wanted to ensure that the raid experience was uniquely different with a larger group size,” she says. “That definitely worked, but it came with the disadvantage that players suddenly needed to add five more players to their core Fractal group if they wanted to raid. It was an added challenge to players that for some created a barrier to entry.” 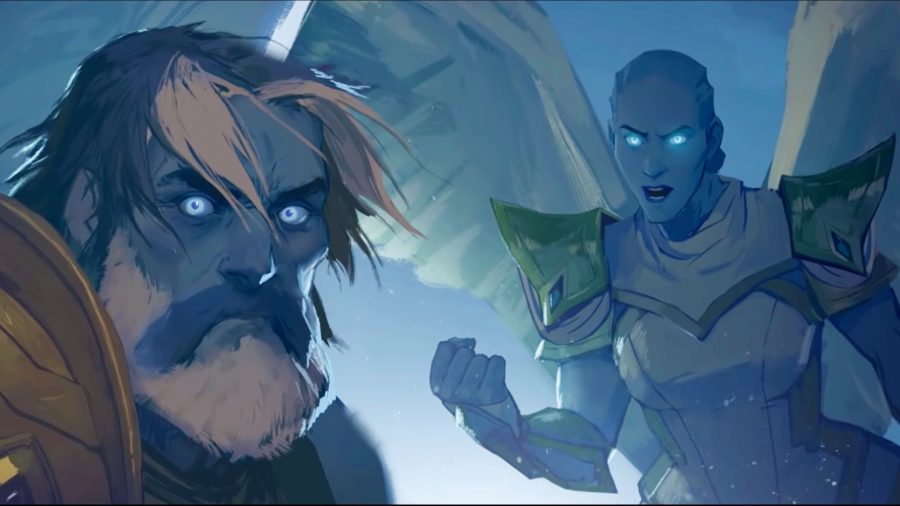 “I think [raids] are more about the feeling that this is the capstone content, that these are the most players you’re ever going to see in-game assembling for a real purpose,” Hazzikostas says. “It scales depending on what makes sense in your engine with your mechanics. In a shooting game, six players can definitely feel like a raid. It just depends.”

While the continued popularity of live games means that this style of endgame content is likely to spread further across the culture, for many, the MMO remains the home of the raid. And though these designers admit that the hours of crunching and grinding to reach the next goal post – after many, many team wipes – aren’t necessarily for everyone, when it comes to the mindset of enthusiasts who continue to push the challenge even further, Yoshida puts it best. “That is like asking a mountaineer ‘Why do you climb mountains?!’ They take on the challenge because there is a raid there waiting to be conquered! That is why I do it!”