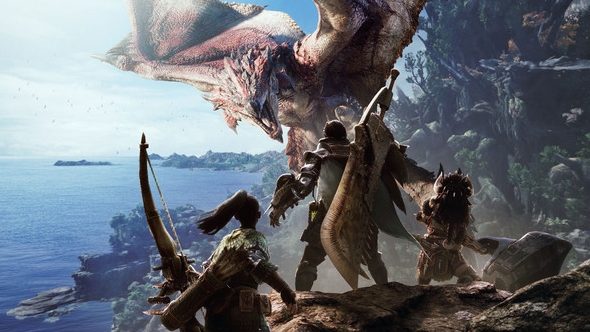 Capcom’s stock dropped 12.9% yesterday after Bank of America Merrill Lynch (BoAML) downgraded its rating of the publisher from ‘neutral’ to ‘underperfom’. Their rationale for doing so was a “significant risk of sales decline” for Monster Hunter: World which, having been out on console since January, is finally coming to PC on August 9.

In a report, analysts for BoAML say “although cumulative sales volume is growing steadily, we get the impression the popularity of Monster Hunter is dying down six months after its release”, citing sluggish sales in the last few weeks in particular.

Obviously we’re biased, but it seems premature to forecast the decline of Monster Hunter: World when we’ve been expecting an autumn release on PC for months now. With this prediction having been announced just a day after Capcom moved that release forward to August 9, it’s possible Capcom knew about it and took remedial action.

See what else is on the horizon in our list of exciting upcoming PC games.

The news comes in the Financial Times via Variety. In its press release announcing the PC date, Capcom confirmed that Monster Hunter: World is the best-selling game in its history, with “over eight million units” shipped on console as of this month. And yet as Variety reports, sales of 7.9 million were confirmed in May, and 7.5 million in March, so it does seem that its January console launch set a blistering pace that has tailed off in a big way.

But perhaps there’s a large PC audience that has simply been waiting? If August gives Monster Hunter: World a massive boost, which it will, it will be only the latest of many lessons in the importance of PC as a platform. Lessons which it seems some analysts have, sadly, still to learn.

For everything we know about Monster Hunter: World on PC, including gameplay details, weapons, monsters, minimum and recommended system requirements, and whether there are loot boxes (there aren’t), hit that link.