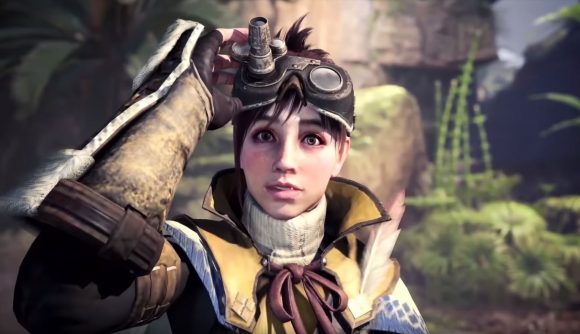 Following the fresh news and first decent gameplay footage of Monster Hunter World: Iceborne that came out of Sony’s State of Play stream last week, a Senior UK and Europe PR representative for Capcom has now revealed that the new Iceborne expansion content size “will rival the original release”. Better start hunting for those bytes to free up on your hard drives now, then.

With the minimum requirements for the basegame on Steam needing 30GB of free disk space, we can expect Iceborne, the game’s first major expansion, to be a pretty big deal. We already know that it will feature its own complete story, picking up after the events of the hugely-successful Monster Hunter: World with a brand-new arctic environment, as well as monsters to hunt, and armour and weapons to forge, within it.

Though no release date for the PC version has yet been announced, it is expected to drop in Winter 2019, hopefully hot on the heels of the September 9th release date announced for the console versions.

Getting excited for Monster Hunter World: Iceborne and want to know everything we know about what you can hunt, and where you can hunt it? Head over to our page covering all the latest details and keep a look out for updates.

Excited to confirm the size of new content in #MonsterHunter Iceborne will rival the original release! That's one BIG expansion for all you hunters! https://t.co/1BucaHePR8

If you just can’t wait until then, or you’re new to the Monster Hunter: World… world, check out our guide to weapons, or head to the game’s page on Steam and grab yourself one of their bundles, which include the various minor DLC packs, full of new gestures and other cool content to add your game.