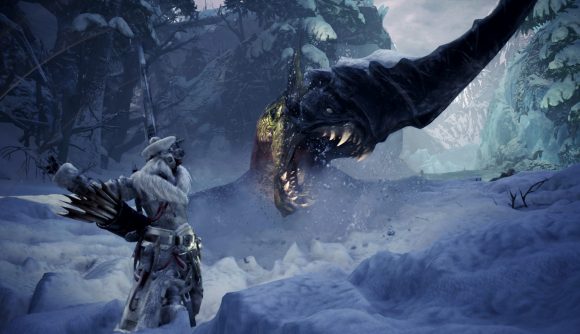 The news posted on the game’s Twitter channel says: “Iceborne Developer Diary: The Final Stand imminent! You won’t want to miss this one…”. Gulp. The diary goes live on Friday, August 28 at 05:00 PT / 08:00 ET / 13:00 BST and you can tune in on the Monster Hunter Twitch channel here. Other than that, details on what the dev update will hold are sparse – though we can hazard a decent guess based on what’s in the Monster Hunter World: Iceborne 2020 roadmap on the game’s site.

The incoming Title Update 5, which is set to launch sometime this autumn, will feature a “returning monster” – so, presumably a beastie from the series’ past – as well as some Master Rank layered armour and two fests: Astera and Seliana.

Who this returning monster might be is anyone’s guess at the point, though members of the Monster Hunter community are already guessing on its subreddit. Some players are speculating it could be Fatalis, the immensely powerful black dragon that can spew fire and flaming projectiles that go kaboom on impact.

#Iceborne Developer Diary: The Final Stand imminent! You won't want to miss this one…

Whether this will be the case, or we’ll be welcoming another tough behemoth from days of Monster Hunter past back into the fold, we’ll hopefully get to find out very soon when the dev diary goes live. Get ready to tune in for all ‘The Final Stand’ details in two days’ time.