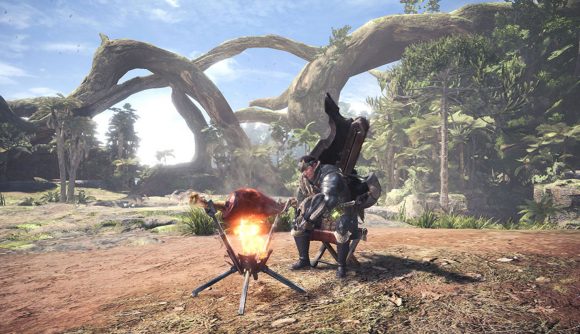 Monster Hunter World: Iceborne launched a week ago today, taking Capcom’s monster-hunting masterpiece to some chilly new surroundings. Despite the drop in temperature, however, it would seem that fans are as enthusiastic as ever. According to Famitsu (translated via Google), between the standard and Master editions, the new game sold more than 250,000 physical copies in Japan in its first week of sales alone. Now, Capcom has revealed that it’s shipped over 2.5 million units globally.

In a post on its website, Capcom announces the impressive sales figure, and provides a bit of information on how it’s been arrived at. Iceborne isn’t out on PC yet, so the number’s made up from console sales – Capcom says this includes digital sales of Iceborne and digital and physical shipments of the Master Edition. Considering that the Xbox One version is only available in in Europe and North America, this makes the figure even more impressive.

When the PC version releases in January, it’ll likely get another sizeable boost to these numbers.

Monster Hunter: World is already Capcom’s biggest-selling game ever. In a post on the official Monster Hunter Twitter channel in July, the studio revealed that it hit a big milestone – it’s already shipped over 13 million units worldwide. And there’s a treat in store for players to celebrate.

This new figure also follows a press release in May, in which the company revealed that sales of the base game since its launch in January 2018 had surpassed 12 million. At the time Capcom said that “Monster Hunter: World, which shook up the market last year, broke 12 million cumulative units shipped following the additional release of the PC version, marking a record high for any single title in the Company’s history.” Capcom had previously announced that the series as a whole has surpassed 50 million copies sold.