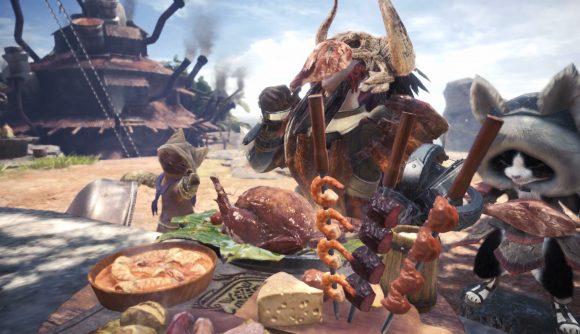 Monster Hunter: World has hit PC, and it’s largely been a great time – though a handful of connection errors are making it tough to play the game with your hunting party. There isn’t a catch-all fix, but Capcom’s on the case, as the developers have finally commented on an issue that’s been plaguing users since launch.

“We have been receiving numerous reports that players are experiencing connection errors several times after they depart on quests. We are currently investigating the cause of this and are working with Valve to resolve the issue as soon as possible.”

You can see the announcement on the Steam community for yourself, but there’s not much more to it than that. No ETA for a fix, and no recommendations for affected players in the meantime. The errors have tended to be labeled as either 50152-MW1 or 83-MW1, and neither has reliable fix.

Some players (and reportedly some Capcom support staff) have recommended port forwarding, while others are placing the blame on the Steam Chat update which revamped the friend list last month – and have provided a possible fix. Since MHW uses Steam groups to build your squad, the idea is that the revamp broke compatibility, and Capcom’s “working with Valve” comment may support that. (Or it may just mean they’re scheduling a patch.)

You can either try some of the community fixes linked to above or wait for a proper patch from Capcom. Hopefully it won’t be long since – as our Monster Hunter: World PC review points out – it’s a terrific time and a solid port overall. Just be prepared to fly solo in the immediate future.