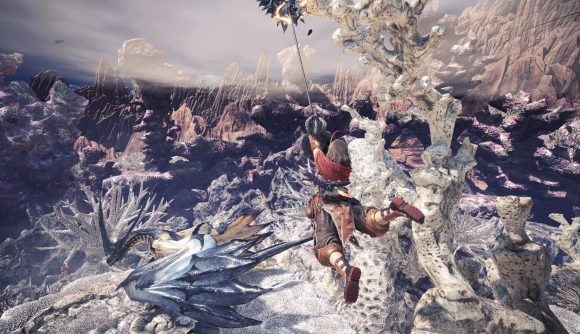 In Monster Hunter, squads are the equivalent of guilds or clans in other games. Basically, they’re a way to connect with like-minded players. But on consoles, joining a squad can be tricky – you can’t search for them by name, and you need a personal invitation from the squad’s leader in order to get in. And that means you’ll need to be playing at the same time as the leader, in the same game session.

Destructoid’s Patrick Hancock has been playing the PC port of Monster Hunter: World, and he found that on PC, Monster Hunter: World looks at the Steam Groups you belong to and considers them as in-game squads, listing them exactly where you’d find the normal ad-hoc squads created in-game on the console versions of the game.

There’s a menu for selecting which group you want to set as your ‘primary’ group, and the group icon will appear next to your character’s name when you’re in the Gathering Hub. Since there’s no longer anything for her to do, the Squad Manager now just waves a welcome.

That all sounds pretty good, but unfortunately there isn’t really an easy way to see who in your Steam group is online within the game menus. Hancock found that he had to navigate to the group list, click ‘View Steam Group Information,’ and then navigate to the Steam Group’s individual page to find a list of users online. Certainly, not the smoothest way to set up a hunting party.

Still, it’s an interesting – and as far as I’m aware, novel – integration of Steam’s Groups feature in a game, and it could prove useful when it comes to organizing hunting events.

At the very least, you’ll be able to represent your favorite Steam groups when you head out on the hunt for the Nergigante come Monster Hunter: World’s PC release date on August 9th. Whatever the case, it’s an improvement over the way the system works on the console editions of Monster Hunter: World.