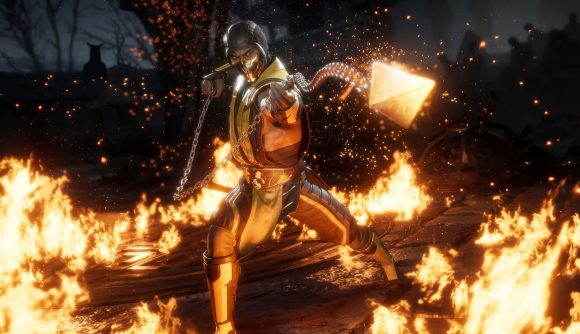 As spotted by The Hollywood Reporter, Warner Bros. Animation will release the movie, titled Mortal Kombat Legends: Scorpion’s Revenge in the first half of 2020, with videogame voice actor Patrick Seitz once again taking up the role of Scorpion. Movie star character Johnny Cage will be voiced by Joel McHale (Community) and soldier fighter Sonya Cage will be voiced by Jennifer Carpenter (Dexter).

It’s not clear just yet what the movie’s plot will be, but given its name and what we know from the long-running fighting games series, it seems possible it explores Scorpion’s fight for revenge, following the deaths of the ninja’s family and the eradication of his clan – as well as his own demise at the hands of warrior assassin Sub-Zero.

Scorpion, identifiable by his signature yellow and black costume and mask, has featured as a playable character in every generation of MK games since the series launched way back in 1992, and has been a key figure ever since, appearing as the lone fighter on the Mortal Kombat 11 box art.

The other familiar fighters joining him in the movie include Liu Kang, Sub-Zero, Shang Tsung, Quan Chi, Kano, Raiden, Jax Briggs, Goro, and Kitana. The film will be directed by Ethan Spaulding (Batman: Assault on Arkham), with Rick Morales (Batman: Return of the Caped Crusaders) producing and Jim Krieg (Batman: Gotham by Gaslight) co-producing.