It’s been a great year for Mortal Kombat 11 fans – they were finally reunited with Mileena, John Rambo joined the cast, and now NetherRealm Studios is looking to please the game’s earliest fans. The Klassic MK Movie Skin Pack sees the return of Bridgette Wilson-Sampras as Sonya Blade, Christopher Lambert as Raiden, and Linden Ashby as Johnny Cage. These skins include the likenesses and voices of the three main actors, giving ’90s kids everywhere a huge burst of nostalgia.

This isn’t the first time NetherRealm Studios has tapped into the cast of its iconic 1995 movie. The sorcerer Shang Tsung appears in both older and younger forms in Mortal Kombat 11 – Shang Tsung’s younger form borrows the likeness from Cary-Hiroyuki Tagawa, the same actor from the live-action movie.

Judging by the community reaction on Reddit, it looks like fans are delighted about seeing Bridgette Wilson-Sampras return as Sonya Blade. Sonya Blade is voiced by MMA fighter Ronda Rousey in Mortal Kombat 11, but some have raised questions about how engaging her performance is.

The recently released Mortal Kombat 11 Ultimate Edition contains everything the game has to offer, including the Aftermath Expansion and both Kombat Packs. The movie skin pack will not be included with the Ultimate Edition as it was released after the game had shipped. 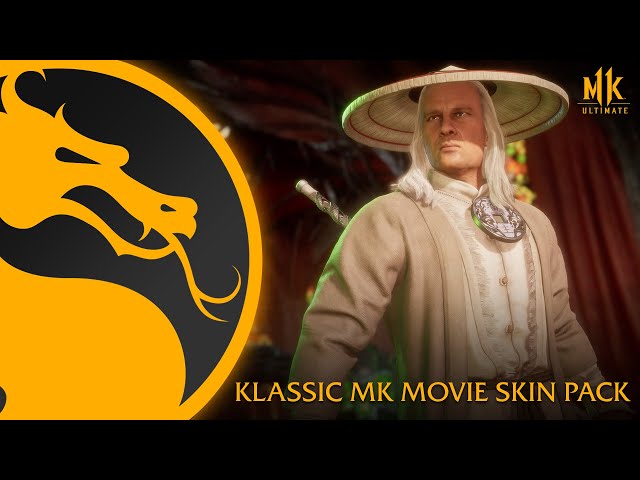 You can pick up the Klassic MK Movie Skin Pack right now for $5.99 / £4.99 / €5.99 on Steam. If you’re looking for more fighting game action, definitely head on over to our best fighting games on PC guide which should give you plenty to pick from.