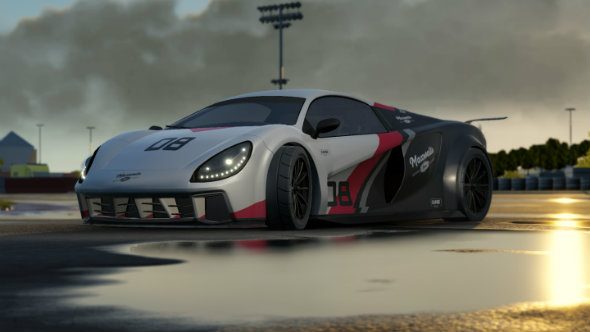 Managing a racing team might not be quite as exciting as getting behind the wheel, but some folks get their kicks out of building a successful team rather than turning a steering wheel. They’re probably already playing Motorsport Manager, which has just announced the all-new GT Series DLC release date of February 22.

Rather get in the cockpit than be stuck in pit lane? These racing games should get you into gear.

The new GT Series DLC introduces not one but two new racing series – the GT Challenger Series and International GT Championship. Both come with all new teams, drivers and staff, though they’re all fictional, just like the base game.

If you’re not aware of the GT Series in the real world, it’s one of the latest forms of racing to use Energy Recovery Systems (ERS); basically when you brake, the energy is stored in batteries, to be used as a kind of Mario Kart boost system. This can be used in two modes. Hybrid saves fuel over the entire race, making pit strategies that much more complicated, or Power mode, used for short blips when you need to blast past the driver ahead.

As well as the introduction of ERS, the DLC comes with an improved simulation system to better reflect the real world performance of racing. This covers a raft of areas, from braking and cornering, to ever important tyre wear, which is often the determining factor in many races. The AI has also been tweaked so that the first few laps see drivers huddling together in tighter packs, before they spread out over the course of a race, just like the real deal.

There’s also a new ballast system for practice sessions, so if your driver has been indulging in Big Macs, it can have a dramatic impact on the car setup for the real race. Three-stage qualifying has also been added, making it that much harder to get into the final, proper race.

With the pack due for release on February 22, race managers can look forward to thinking about new team and race strategies to ensure it’s their driver that gets the checkered flag. There’s no word on pricing on the Steam store page yet, but even if you don’t buy it, expect some improvements to the base game itself, such as custom uniforms and car livery.