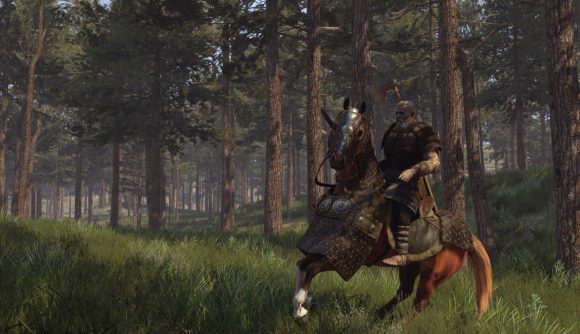 Taleworlds Interactive doesn’t want to cut unnecessary features from its upcoming game as they’re “valuable for the players.” Mount and Blade 2: Bannerlords’ developer is gearing up for the game’s Steam Early Access release early next year, and promise that it will be mostly feature complete in time for release.

Fans have grown frustrated by the continued delays to Taleworlds Entertainment’s ambitious medieval sandbox, but company founder and CEO Armagan Yavuz says that despite the game’s complex systems requiring more dev time, “they will be very valuable for the players.”

Bannerlord will include a number of deep and complex gameplay systems that aim to make the world and AI as realistic as possible, such as needing to feed your army and move ahead using scouts. According to Yavuz, all of this is necessary as Bannerlord 2 “is a labour of love. We want to make it to the standards we’ve set in our heads.”

“We want to make a game that’s similar to Warband,” says Yamuz, “but we want to make it so that all the different mechanics are well fleshed-out and well-polished. We need to spend some time in early access. These features will hopefully be pretty much finished, but even if they’re not 100% there, it’s better to have them in and working, and let the balancing happen down the line”.

Yavuz doesn’t believe it’s feature bloat or that any of the systems are unnecessary, as most new features feed into existing systems, for example having a fully-fledged scouting system to ensure you’re not commanding your army blind. “Those things are going to contribute to the game, and aren’t really incredibly expensive for us [to create],” explains Yavuz, “but they will be very valuable for the players.”

Bannerlord isn’t due to arrive onto Steam Early Access until nearly a decade after the first game was released, but hopefully the wait will soon be over.