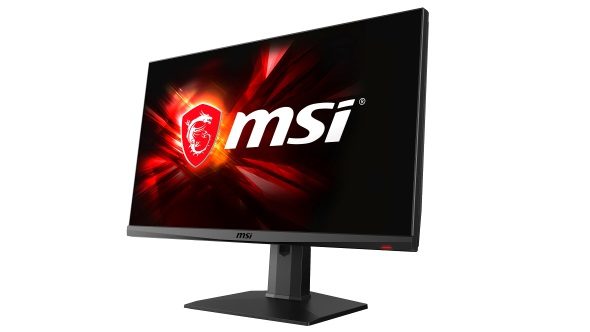 I mean, generally most TN panels still are. Like, really dreadful. Horrible to look at, with terrible colour reproduction, abhorrent viewing angles, and the most washed out visuals you’ll find this side of Bob Ross’ little-known water colour TV side project, The Sheer Hell of Painting.

These panels are so good they might even make it into our pick of the best gaming monitors.

MSI’s new Oculux NXG251 is sporting a 25-inch TN panel that doesn’t seem to have any problems with viewing angles and looks as vibrant as any modern VA monitor that I’ve had sat on my desktop in the last few years. And it’s got one hell of a specs list too.

For a start it’s MSI’s first display with a G-Sync module inside it, but it’s also rocking a 240Hz refresh rate with a 0.5ms response time. That’s why MSI is aiming it at the esports professionals, and those wanting to emulate their gaming heros. The designers of the monitor have been getting feedback from the pros as to what they prefer, and they all wanted high refresh rates and the lowest possible response times. Tick and tick.

They also wanted a flat screen, a slim bezel, and a modest stand… all kinds of ticks. Other MSI displays have come with a broad, three-pronged stand, but that gets in the way of the keyboard, so the Oculux has a regular, sturdy, impressively restrained oblong stand. The pros also didn’t want anything bigger than 25-inches because they want to be able to take in the entirety of the screen in one look. 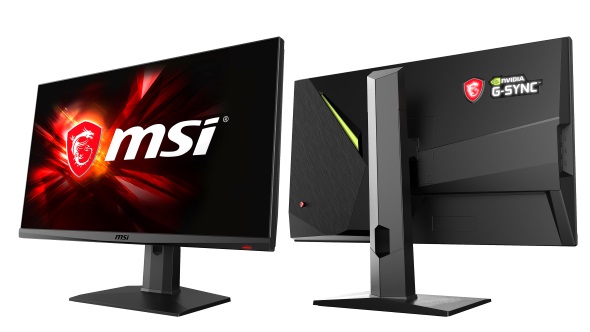 But back to that TN panel for a second. It genuinely is very impressive, and I’m not joking when I say that’s a bigger surprise than AMD increasing the Threadripper 2 core-count. The colours seem bright and clear, and there was no discernable hint of discolouration when viewing the display from even the most oblique of angles. I’d heard tell from AOC that the 25-inch TN screens were far better than any previous implementations of the panel tech, even the actually-quite-decent 4K TNs, but I wouldn’t have believed it until I saw it with my own eyes.

Previous esports-focused monitors have relied on the old TN tech to deliver super-high refresh rates and ultra-low response times, but they still had ropey 24-inch panels in them. With the Oculux, however, there seems to be no compromise in the display; you get both the responsive display and quality visuals.

Sorry, I couldn’t be all positive… that name. The Oculux. Really, MSI? But that’s the only problem with the screen. Well, that and the fact that it’s not coming out until Q4 and it’s going to have a $599 sticker price.

Yeah, $599. Sorry, maybe I should have mentioned that earlier before you started getting excited…