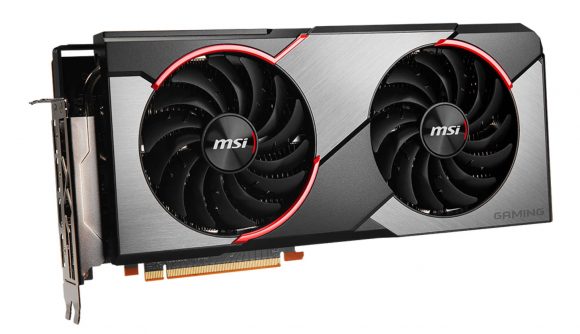 MSI has taken to YouTube to explain exactly why it’s only able to ship one AMD RX 5600 XT SKU out the door capable of sporting the updated 14Gbps memory spec the red team decide to drop at the eleventh hour. Basically, AMD supplied it with memory chips specifically designed to run at 12Gbps, and MSI couldn’t be sure they would operate comfortably at the higher speed indefinitely.

The whole AMD RX 5600 XT launch has been a weird one, even though the GPU itself is great – in fact it’s sat atop our list of the best graphics cards to buy right now. But it’s only getting weirder as manufacturers are now coming out to defend the fact their cards using the latest Radeon Navi GPU aren’t capable of dealing with AMD’s updated specs.

It also seems like some manufacturers had more warning than others about the graphics card BIOS update, with some we spoke to only have a day or so while others claimed they’d known for ages. It looks like the dedicated AMD graphics partners, such as XFX and Sapphire, have been given preferential treatment, with the likes of Asus and MSI left out of the loop until the last minute.

The MSI Insider YouTube show (via Videocardz) has detailed the problems that MSI sees with the current RX 5600 XT situation, and it’s seemingly the same as the one facing Asus too. Both companies have had to move quickly to ensure they have new cards prepared – Gaming Z for MSI and Strix TOP for Asus – which will ship to market with 14Gbps memory out of the box.

Other vendors seem to have had the time to validate the memory on their cards, or have been a little more cavalier about what their SKUs can do.

“Some cards might be able to do 14Gbps,” says MSI’s Pieter Arts, “the problem is they are not really specced for it. So it’s a bit like Russian Roulette.”

“No, all the memory chips are 14Gbps,” his co-host, Eric van Beurden counters, “but are not tested, they’re not validated for it.” 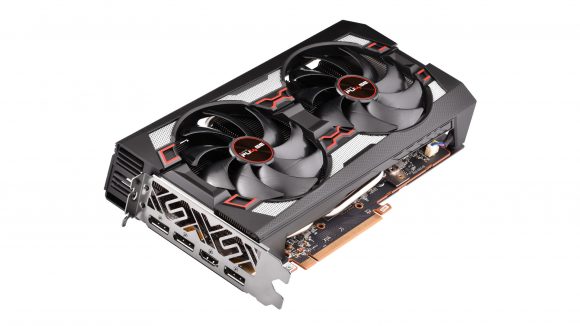 Arts then goes on to explain how AMD, and similarly Nvidia, deliver the silicon to MSI when it decides to build a whole new graphics card based on a new GPU.

“They deliver a bundle usually, which is both the GPU and the memory,” says Arts. “So they decide the memory, they buy it in the hundreds of thousands, maybe even millions of units. And of course, they decide the specs. And when they did this the spec that this memory had to do it was 12Gbps.”

So when AMD was shipping the parts out to MSI it was only giving it memory validated to 12Gbps, and then the subsequent bump to the specs sheet to counter what Nvidia had done in dropping the price of the RTX 2060 left the company in the lurch. Either MSI takes a punt on enough of the shipped chips being capable of hitting 14Gbps, and sucks up the cost of any other RMAs, or it takes its time making sure it can release an RX 5600 XT variant that it knows can run its GDDR6 memory that fast.

Frustratingly, for Asus and MSI, that’s going to make it very tough for anyone to recommend they buy either of their slower graphics cards given how much difference higher spec memory seems to make to modern GPUs. And when something like the MSI RX 5600 XT Gaming X, with 12Gbps memory, is sitting around the same price as a faster RX 5700 card that makes it an even tougher decision. And then there’s the whole RX 5600 XT vs RTX 2060 debate to go through too. What a minefield…