The Nvidia GeForce RTX 2060 still stands as the cheapest RTX graphics card available today – even after Super arrived on the scene. It’s as mainstream as the 20-series goes, leaving the bizarrely named 16-series to cater to the real volume market. But it’s not all sunshine and rainbows in the Nvidia camp, and it has been forced to drop prices to compete with the AMD RX 5600 XT.

While lacking the GTX 1660 Super’s budget-conscious price tag, the RTX 2060 offers an easy point of entry to real-time ray tracing. It retains enough specialised silicon to grant users entry into this ray-traced future, and that’s ostensibly what separates it from the GTX 1660 Ti – or the fresh-faced RX 5600 XT.

Just about. With only five Giga Rays per second of RT Core performance residing in the TU106 Turing GPU, the RTX 2060 scrapes the absolute minimum rated spec for real-time ray tracing. If Nvidia is to sway swathes of gamers with Turing, like its Pascal predecessor, it needs to have both an extensive ray tracing lineup in 2020 and the rasterized gaming chops to appeal to the masses.

The latter shouldn’t be too much of an issue thanks to the cut-down TU106 GPU torn right out from a poor, unsuspecting RTX 2070. With 50% more CUDA Cores than the GTX 1060, this fifth-tier card (Super variants notwithstanding – which have since substituted all RTX 20-series cards besides the RTX 2060 and RTX 2080 Ti) has more than enough firepower to make a name for itself, ostensibly taking the reins from the GTX 1070 in its price/performance bracket.

It’s the RX 5600 XT that it will have to fight tooth and nail with, and Nvidia’s already reacting in kind. The RTX 2060 is now available starting at $299, a pre-emptive price drop officially announced moments prior to AMD’s mainstream launch, and a half-decent discount off the launch $349 RTX 2060 Founder’s Edition MSRP. 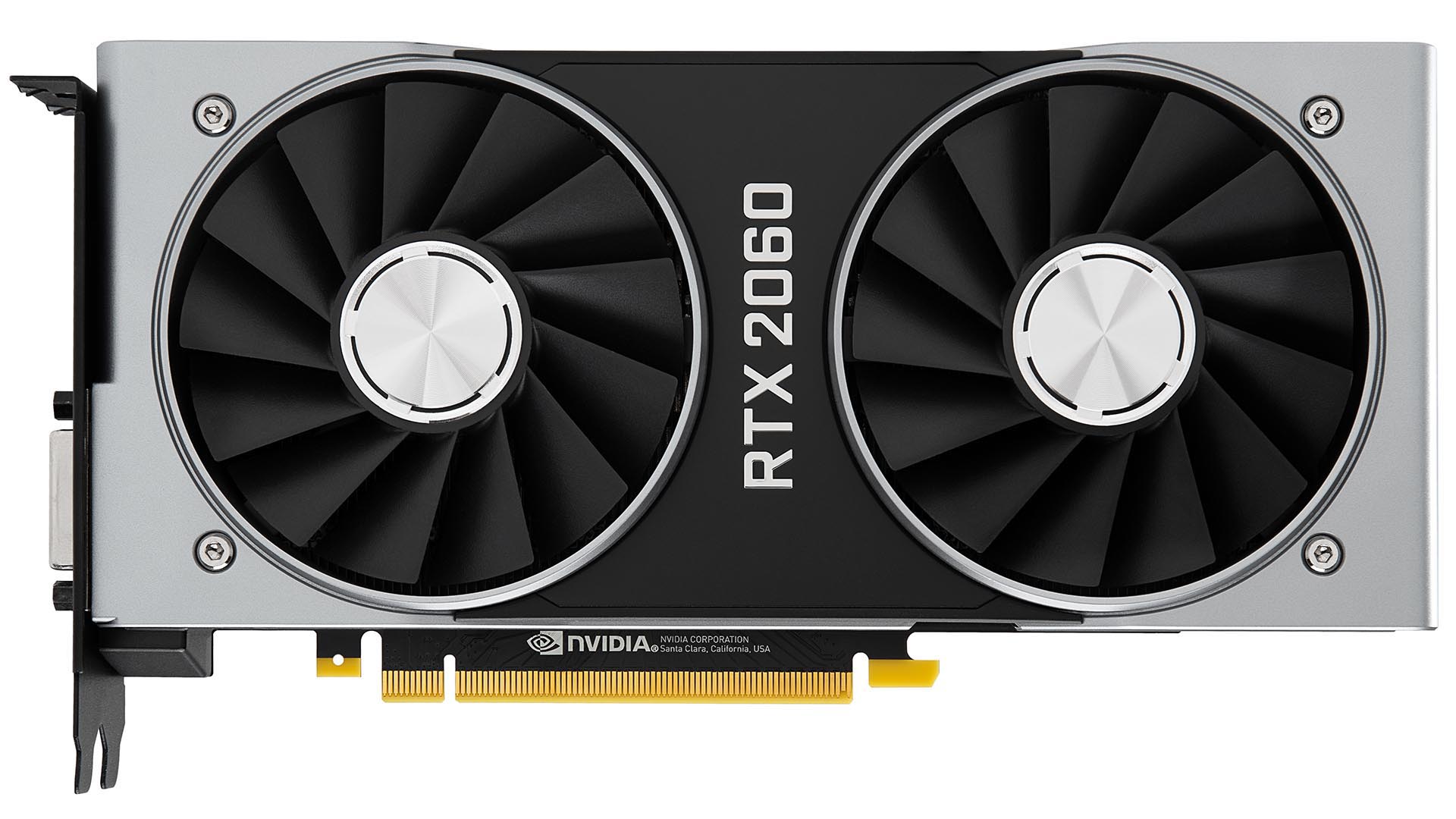 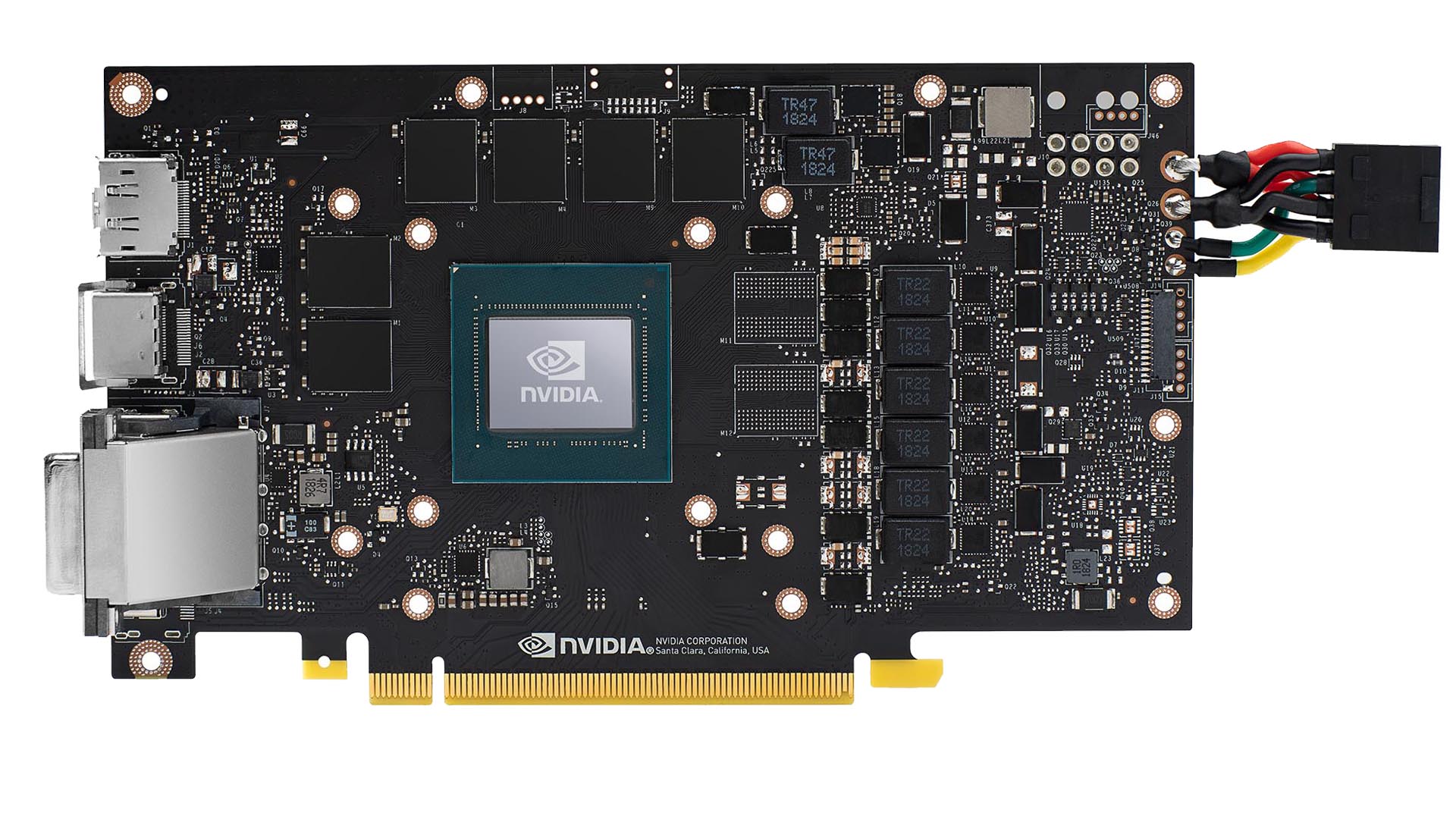 You need to be able to throw around roughly five billion rays per second for entry-level real-time ray tracing. And to hit that magic number and let gamers ascend unto Mt. Olympus, Nvidia has had to retain 30 SMs worth of ray tracing silicon from the full-fat TU106 GPU. That amounts to 1,920 CUDA Cores, 30 RT Cores, and 240 Tensor Cores.

With 6GB of GDDR6 running at 14Gbps across an aggregate 192-bit bus, the resulting 336GB/sec bandwidth should be more than enough to keep that GPU well-fed.

As for power draw, the card is rated to a TDP spec of 160W, considerably more than the GTX 1060 and only 15W shy of the fully-fledged RTX 2060 Super’s wattage. With a minimal trim to the mammoth 445mm2 TU106 GPU within, that’s none too surprising. That is also slightly higher than the TDP of the CUDA-equivalent GTX 1070.

Of course, if all that wasn’t enough indication that this isn’t a straight swap for the bang for your buck GTX 1060, then the price will be. The RTX 2060 now retails for roughly $299 – a new low price courtesy of heightened competition in the mid-range market. 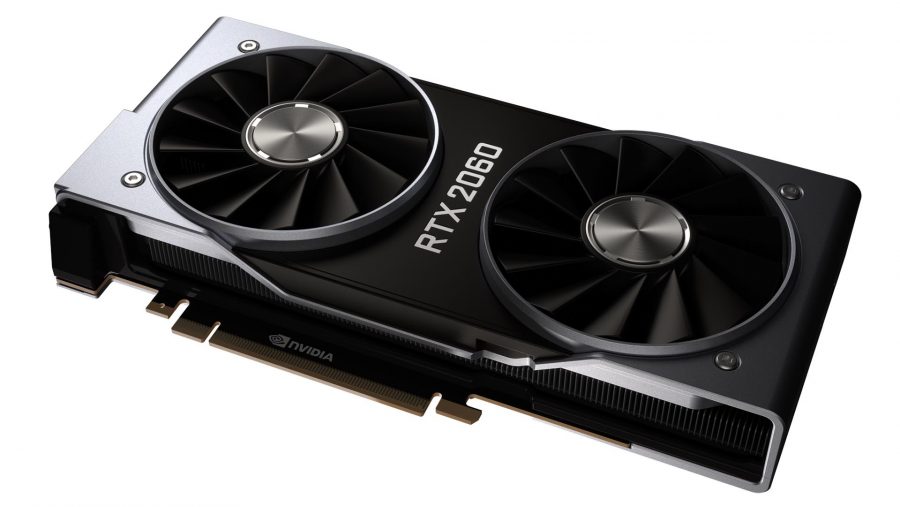 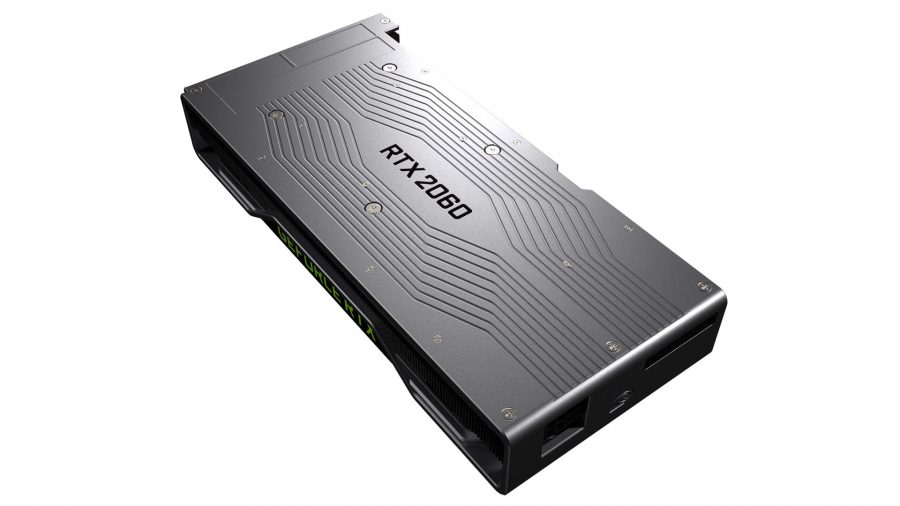 The RTX 2060 ends up holding a 12% performance gain over the GTX 1070 across an average of all runs, and performance on equal standing with the GTX 1070 Ti. This is the only time a non-Super Turing card jumps two tiers over the Pascal generation, even if one is the intermediary GTX 1070 Ti and not quite a fully-fledged GPU milestone.

The speedier memory and extra SM of the GTX 1080 does allow that card to just keep out of reach of the young upstart, however. But at least some of this ground can be covered by overclocking your chip. Sure, statistics (which I may or may not be pulling from thin air, but I’m sure I saw it somewhere) would indicate that most of you won’t tweak the GPU clock on your shiny new card, but it’s worth noting there is a reasonable amount of free performance on the table.

The Nvidia RTX 2060 is a solid performer in its price bracket: real-time ray tracing or no

With the Founders Edition cooler managing a cool 64°C under pressure, there’s plenty of thermal headroom to play with if you want to push the clockspeeds further. Our card ran almost entirely stable with a 186MHz GPU offset from NVScanner alone, managing to gain roughly 5% greater average frames per second in Far Cry 5.

There are a few outliers in our testing, however. Total War: Warhammer II, across an average of three runs, was particularly fussy at 1080p, leading to the RTX 2060 outperforming the RTX 2070. Let’s blame the drivers for that one. Similarly, Assassin’s Creed: Odyssey at 1080p managed equal standing to the RTX 2070, even pulling greater minimum fps. While these results will likely swing back towards the status quo during retesting, it does highlight the rather minimal truncation carried out on the TU106 GPU to take it down to RTX 2060 standing.

But I know y’all are thirsty for those real-time ray tracing results, either to revel in it or to complain endlessly about. Hey, that’s your prerogative. We gave the RTX 2060 a trial by fire in our own Battlefield 5 Twisted Metal benchmark: a full server fly-by averaged across three runs.

Quick note: Battlefield 5 doesn’t offer any in-game benchmark, so be wary when comparing ray tracing results like for like.

Across our comparatively intensive run we found the RTX 2060’s 30 RT Cores managed to get within eight frames of that magic 60fps at 1080p. Deep Learning Super Sampling (DLSS) will soon makes its way into the title, however, which will hopefully bump those figures in the right direction and hit that important performance milestone.

When it comes to comparative performance versus the RX 5600 XT, the RTX 2060 falls short. While DX11 performance is a saving grace for the Turing card, it’s DX12 frame rate is no match for AMD’s RDNA-powered mid-tier card. 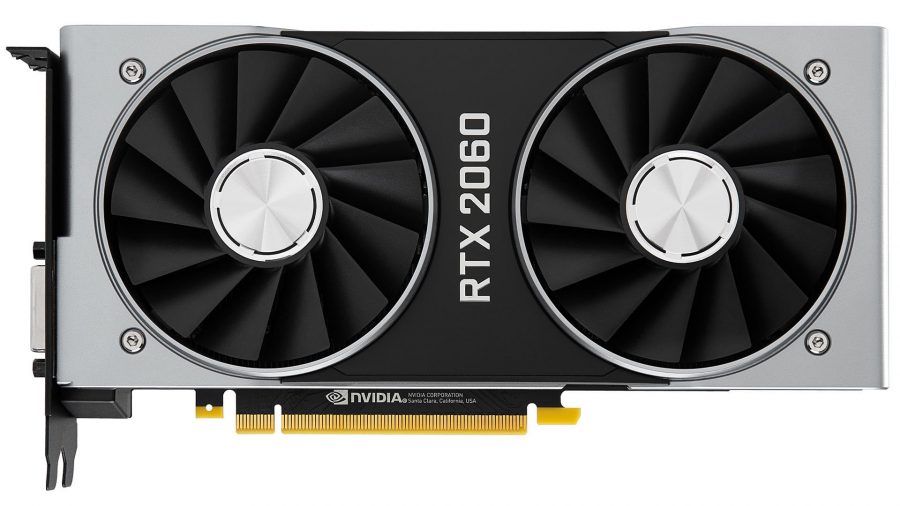 The RTX 2060 isn’t really a mainstream card. Or at least it’s debatable with the 16-series encroaching on the volume turf. It’s also facing stern competition from the RX 5600 XT, as seen above, and that’s a battle that could go either way for the savvy shopper.

But it might be the best value Turing card of the lot so far – bolstered by a pivotal price cut. In the end, this is the RTX 2060’s redeeming factor. While it would’ve been crucified at $349, around the $299 mark it’s a toss-up between AMD’s slight performance lead and a little real-time ray tracing acceleration. The $10 price disparity likely won’t have much bearing on anyone’s decision, and it’s unlikely to stick around on high-end RX 5600 XT models.

The RTX 2080 and RTX 2070 rely on the proposition of ray tracing and the RTX platform to justify the generational jump, lacking much in the way of tangible performance uplift in their respective price brackets. And while it may leave budget-conscious gamers unsure of where to go next, the RTX 2060, as seen as an enthusiast card, is a solid performer in its price bracket: ray tracing or no.

RTX may still not be worth it on a personal level, but its lineup is more convincing as we head into 2020. Sure, it’s delayed, but Cyberpunk 2077 fitted with ray tracing won’t be one to miss. Neither will Minecraft’s ray tracing update.

So is the RTX 2060 good value? Yes. As an enthusiast card with rasterised rendering performance that leaps over the last gen, and with the promise for RTX in the future, it’s a smart bet. Is it going to dominate the market like its GTX 1060 predecessor? Not a chance. Now that the starting gun has been fired on the 16-series Super variants and AMD’s RX 5600 XT, those will be the cards vying against it for a spot in gamers’ online shopping carts.

It may leave budget-conscious gamers in the dark, but with a price cut courtesy of AMD's RX 5600 XT, and promise of more to come in a ray-traced world, the RTX 2060 is the best value card we're likely to ever see from Nvidia's 20-series generation.