Want to know what the best weapons are in Naraka Bladepoint? Unlike some battle royale games which can feature over 100 different weapons, Naraka Bladepoint focuses on just nine melee and ranged weapons. It’s important to try out every weapon first to establish which suits your playstyle best – each weapon has been carefully designed to offer a unique fighting style.

When paired with one of the best characters in Naraka Bladepoint, you can create a lethal combination capable of winning any match. Your weapon of choice will depend on the type of mode you play (solos, duos, or trios), as certain weapons perform better when fighting against multiple enemies. For example, ranged weapons are useful when battling in groups as you have more time to line up the perfect shot.

Understanding the strengths and weaknesses of each weapon will improve your decision making skills in-game. Once you know which attacks you can safely punish, taking out enemies will be a breeze. With enough practice and knowledge, you should be able to start racking up wins in no time.

Here are all the melee weapons in Naraka Bladepoint:

The Spear was added to the game back in June. Within one week of playtesting, the long ranged weapon has established itself as a threat in solos and duos. The Spear appears to have heavy tracking assistance compared to the other weapons, allowing you to land damaging attacks even when you don’t deserve it.

Landing a focus attack gives you the opportunity to hit your opponent using the spinning Spear move. This two attack combo can deal more damage than any weapon in the game. You can be easily punished when mashing the light attack button, so it’s important to vary your attacks to bait out the opponent’s parry.

If you’re after the best all-rounder weapon, the Longsword is your best bet. The Longsword has great range on each attack, allowing you to hit slightly further out than you might expect. There aren’t too many complex combos with the Longsword because it has been designed for new players – it won’t take longer than a few games to become familiar with this weapon.

You can catch new players out easily by knocking enemies down using the ranged focus attack, then following it up with another projectile. The stun effect from focus attack projectiles can be difficult to get out of, and you can easily avoid any damage from a parried projectile if it’s launched at the right distance. 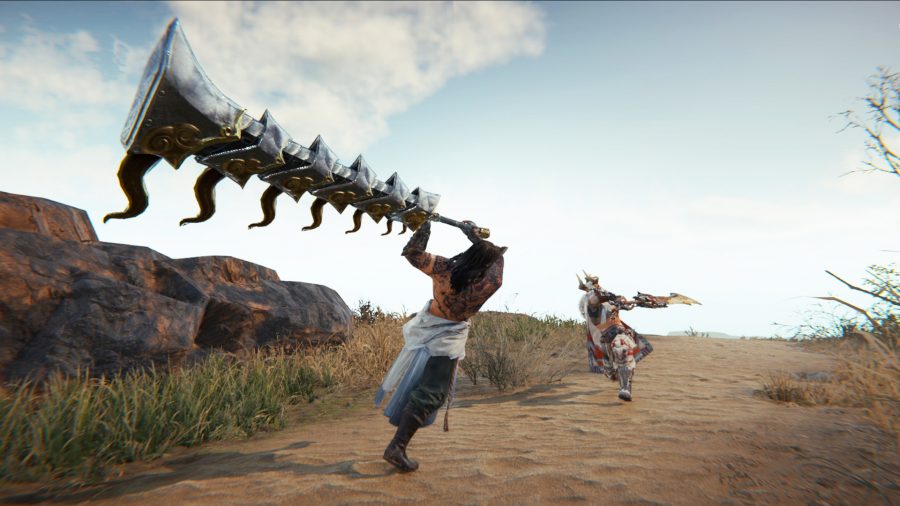 A lot of people see the Greatsword as a newbie-friendly because it’s surprisingly difficult to punish its light attack combo chain. The Greatsword is unique in that it produces a focus attack on the second hit of its combo, not on the third hit like every other weapon. This forces players to recognise your weapon and parry the attack accordingly, but many new players forget to do this.

The Greatsword is let down by its slow attack speed; smart players will wait until the combo chain is over before they go in for their punish combo. When used correctly, the Greatsword has the potential to be one of the best Naraka Bladepoint weapons thanks to its incredible damage output. You will have to get past the weapon’s steep learning curve in order to use it effectively, or you could switch to the Spear like everyone else.

Ranged weapons are definitely not as powerful as melee weapons, but they do serve a different purpose. Enemies that have had enough of a beat down will try to retreat – if you only have melee weapons you’re forced to chase your opponent down, whereas ranged weapons can save you a trek. Simply pull out your weapon and blast the opponent to remove their last slither of health.

Here are all the ranged weapons in Naraka Bladepoint:

The Musket behaves like a bolt-action sniper rifle in other battle royale games. This weapon deals quite a lot of damage, allowing you to pick off any enemies that have retreated after a lengthy sword fight. You may have to wait a while to fire a second shot as the reload speed is quite slow, so take extra care when lining up your shot.

If you’re searching for the Naraka Bladepoint version of an assault rifle, the Repeating Crossbow is about as good as it gets. The bolts fired from the Repeating Crossbow individually deal a small amount of damage, but if you can track your opponent, this weapon can be devastating. That’s a big if, however, as every character in this game has great mobility. 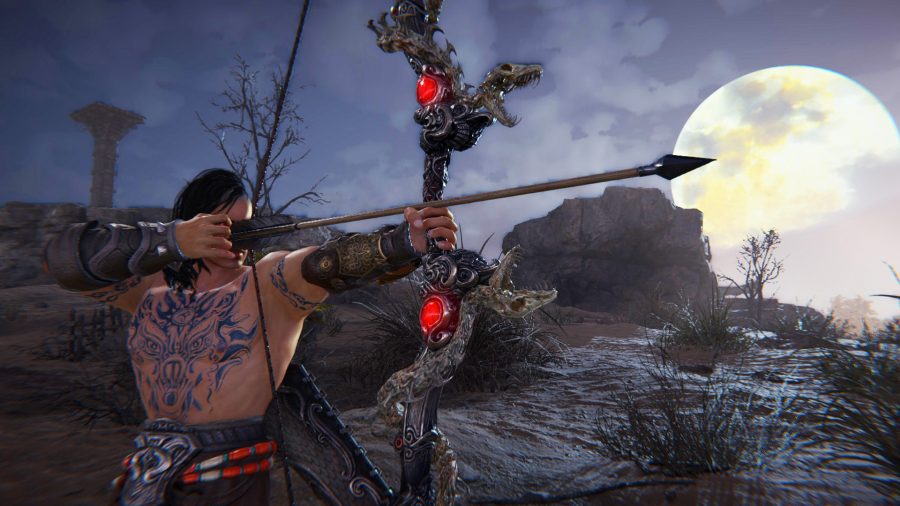 The Musket and Bow are very similar weapons; the main difference is that the Bow deals slightly less damage per shot. In return, the Bow can fire more shots in a shorter time frame. If you can’t rely on your accuracy, we’d opt for the Bow instead of the Musket as you get another bite of the cherry.

Though the Cannon looks like it can deal lots of damage from a distance, you’re unlikely to land these shots, as players will simply move out of the way. As a close range option, the Cannon isn’t the worst ranged weapon in the game, though it’s far from the best. It’s definitely an option for group play due to the splash damage on each shot, but sadly, it’s unusable in solos.

The Pistol is difficult to use as it needs to be charged up before every shot, which means standing in the same spot for several seconds before firing. Compared to every other weapon, the Pistol is the hardest to use because you need too much preparation time in order to deal damage with it.

And those are the best weapons in Naraka Bladepoint. The developers have promised more weapons will be added to the game when it launches in August. Check out our Naraka Bladepoint beginner’s guide to get to grips with the basics. You may wish to know that you can use Naraka Bladepoint character customisation to create or import your own designs; you can even use your own face.