Even if I was locked in one of Vault-Tec’s vaults, I don’t think I could’ve missed the news that Microsoft has bought Bethesda‘s parent company ZeniMax Media. Everyone reported on Microsoft’s intention to bring the maker of The Elder Scrolls, Fallout, Doom, and Dishonored into the fold.

We should have seen the signs. After all, Bill Gates became the Doomguy all the way back in 1995. So how did the internet react? Some were baffled that the deal was worth $7.5bn, comparing it to the $4bn Disney forked over to buy Lucasfilm and Star Wars. Others scoffed at the situation that Microsoft now finds itself in: it now has two games with timed console exclusivity deals for Sony, meaning that the PlayStation 5 gets them before its own Xbox Series X.

But there was also a great deal of excitement for the possibility, however remote, that another recent Microsoft acquisition – Obsidian Entertainment – could now make a sequel to the much beloved Fallout New Vegas. I hope no one excited for this is expecting it any time soon. If so, they miss the fact that Obsidian is already working on updating its recently released ant-bothering survival game Grounded. This train of thought completely dismisses Avowed – the game that seemed positioned to rival the next Elder Scrolls. Never mind that Obsidian has enough on its plate as it is, Fallout New Vegas 2 must now happen!

Don’t get me wrong, I absolutely loved Fallout: New Vegas. It was the first game I ever wrote about on a tiny blog (that has since been purged from the internet) when I decided to write about games. It still is, in my eyes, the best 3D Fallout game. I particularly loved the moment where you could deliver sweet justice against Benny, the smarmy creep in a lounge suit voiced by Matthew Perry.

It just seems that everyone is very thirsty for the possibility of Obsidian making a new Fallout game to the exclusion of everything else. Some people are literally ‘shipping’ the concept, though in admittedly hilarious ways:

This is a ton of pressure to put on a team with many people who are passionate about their own projects. Avowed has likely been in the works for years behind the scenes, so it’s unfair on developers who are lovingly crafting worlds of their own design, just because they made something over a decade ago that people really liked.

It’s right to be excited about the possibility of Fallout New Vegas 2. However, excitement can quickly turn into anticipation of an announcement, then frustration that an announcement hasn’t come. Let’s be patient and let Obsidian work out what they have currently in development first, then we’ll see if fan excitement prompts them to go ahead and make New Vegas 2. 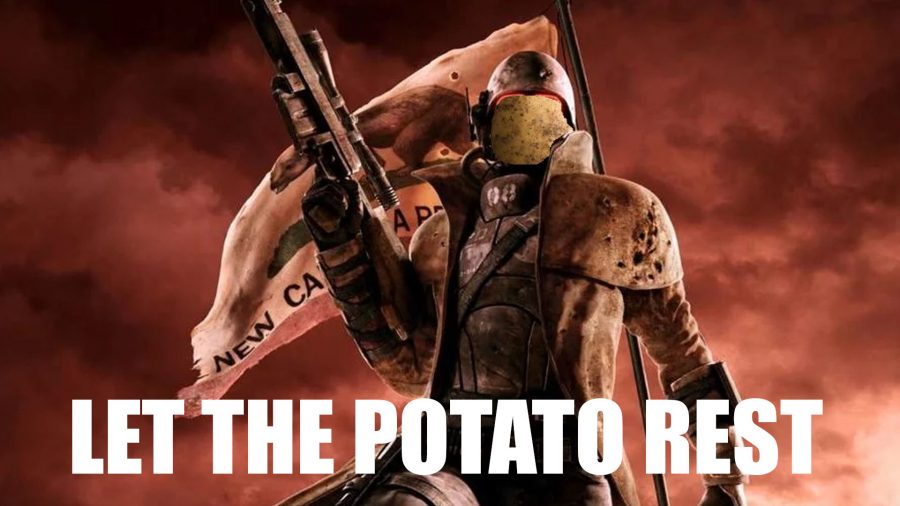 But in the meantime, do you know which Microsoft-owned studio isn’t currently working on anything that we know of at the moment? InXile Entertainment.

In fact, I’m going to go out on a limb and argue that the possibility of InXile Entertainment making a new Fallout game is far more exciting than Obsidian eventually getting round to Fallout New Vegas 2. The original Fallout games were isometric RPGs after all, and they still have a massive following.

Why InXile though? Its founder and current CEO – Brian Fargo – was also the founder of Interplay. Interplay made the original Fallout games.

The story of Interplay had a really sad conclusion. In 2006, its then-parent company – Titus Entertainment – filed for bankruptcy. Interplay inherited much of Titus’s debt, so subsequently also filed for bankruptcy – for the second time, in its case. I can only imagine how much it must have stung for Fargo, who had long since departed Interplay to found InXile, to see Fallout sold off like cattle at a farmer’s market to Bethesda Softworks in 2007 just to pay off Interplay’s creditors. The Bethesda Fallout games were mostly great in their own right, but they didn’t have that same spark. 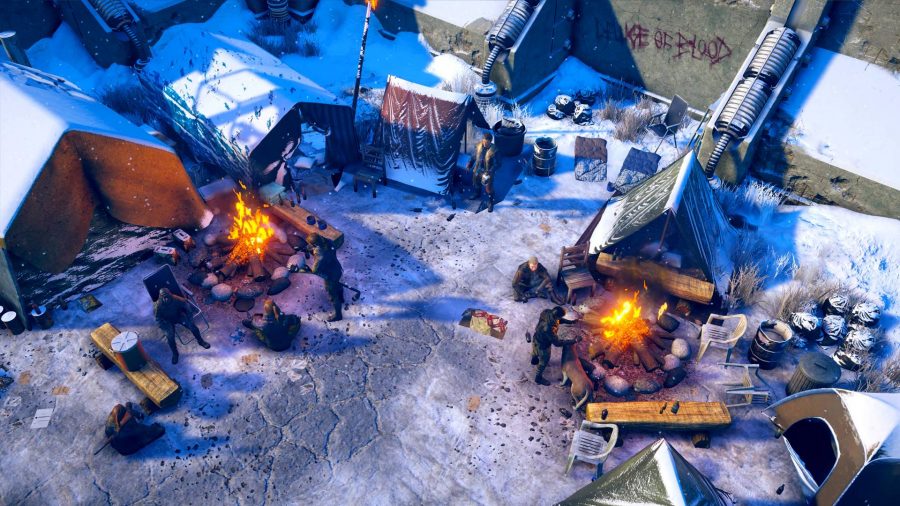 InXile Entertainment has definitely done well in the years since Interplay’s collapse. While some may feel that InXile being bought by Microsoft back in 2018 was a worrying development, the studio is still making games and continues to make strides in its own RPGs.

I do understand that getting Wasteland back was perhaps an even bigger deal for Fargo and the team at InXile. They’ve had plenty of success with the two sequels that they’ve developed since reacquiring the rights to develop them. Heck, InXile also got the chance to make sequels, of sorts, to games like Planescape: Torment that came out during the Interplay days. All of that is great and I couldn’t be happier for the studio: it got to make what it wanted to make.

Anything interesting happening this morning?

But I can also see just how much it would mean to Fargo to have his estranged and somewhat malformed baby in Brotherhood of Steel armour back in his life. A new Fallout with Fargo at the helm could give us more inventive regions – perhaps we could see the world beyond a ruined America for the first time. We could even see the return of fan favourite characters like Harold, or experience the horrors of the West Coast chapter of the Brotherhood of Steel.

More like this: Check out the best RPG games on PC

When Fargo’s Wikipedia page describes his involvement as executive producer for the original Fallout as “a personal project”, you get an impression of how much passion he could inject back into Fallout. I, and many others, will certainly be hoping that InXile get the chance.