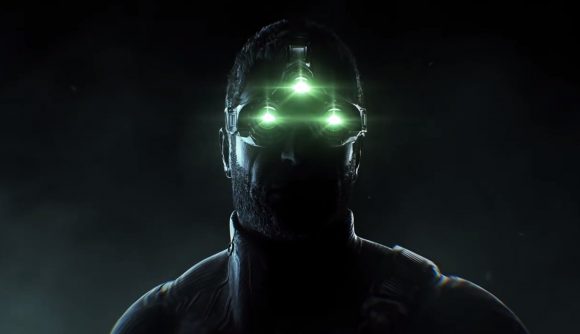 It looks like we might be getting a new Splinter Cell game, and Ubisoft could reveal it as early as next year. VGC reports that the developer has greenlit its first mainline game in the series for close to a decade in a bid to win back fans who have been frustrated by recent efforts to “revive the franchise” on mobile and VR platforms.

VGC also reports that it isn’t clear which studios are working on the project, though sources suggest that a studio outside of Montreal is leading development. The game is reportedly still in the early phases of production, but there’s still a tiny chance Ubisoft could reveal it next year. We’ve reached out to Ubisoft for comment and will update this story if we hear back.

The most recent Splinter Cell game we got was Blacklist back in 2013, though Ubisoft has revealed that a VR game and Netflix series is in the works. Quizzed about the lull in mainline entries, Ubisoft CEO Yves Guillemot told IGN that the series needed to evolve before it made its return.

“When you create a game, you have to make sure you will come with something that will be different enough from what you did before,” he said. “The last time we did a Splinter Cell, we had lots of pressure from all the fans actually saying ‘don’t change it, don’t do this, don’t do that,’ so some of the teams were more anxious to work on the brand.”

Outside of appearances in mobile games and Rainbow Six Siege, fans also got their hopes up when a creative director at the company casually confirmed a new Splinter Cell on Twitter, but Ubisoft confirmed in a statement to Game Informer that “Julian [Gerighty] was obviously joking as Julian likes to do”.