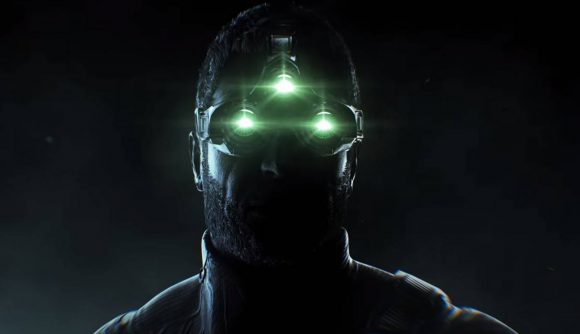 After teasing Splinter Cell fans with Sam Fisher cameos in Ghost Recon Wildlands, Ghost Recon Breakpoint, and now Rainbow Six Siege, Ubisoft has announced that there is indeed a new Splinter Cell game in the works – and it’s for VR.

The next Splinter Cell game was unveiled as part of Facebook Connect, which highlighted the new Oculus Quest 2 along with a raft of software planned for the new headset. Oculus announced a partnership with Ubisoft which includes bringing two of its banner franchises to VR: Assassin’s Creed and Splinter Cell. Both games are being developed by Ubisoft’s North Carolina studio Red Storm, in collaboration with Ubisoft Reflections, Ubisoft Dusseldorf, and Ubisoft Mumbai.

“Ubisoft is bringing two of its AAA franchises to VR with new entries in the Assassin’s Creed and Tom Clancy’s Splinter Cell universes”, the Oculus announcement reads, without providing any further details about either game. “We’re excited to share more with you soon, so stay tuned!” And that’s all they have to say about them today, unfortunately.

It’s hard not to view this as being deliberately cruel to long-suffering Splinter Cell fans, who have been waiting since 2013’s Splinter Cell: Blacklist for a new game in the series. The recent cameos have served mainly to reignite interest in Splinter Cell protagonist Sam Fisher and his sneaky corner of the Clancyverse, and to have a new game announced for a VR platform – when long-time fans have always played on console or PC – is understandably frustrating.

However, one VR game announcement doesn’t foreclose the possibility that a new conventional PC Splinter Cell game is also in the works. The development of a VR Assassin’s Creed game hasn’t prevented Ubisoft from developing Assassin’s Creed Valhalla, and so there may yet be a more traditional Splinter Cell stealth game on the horizon… somewhere.