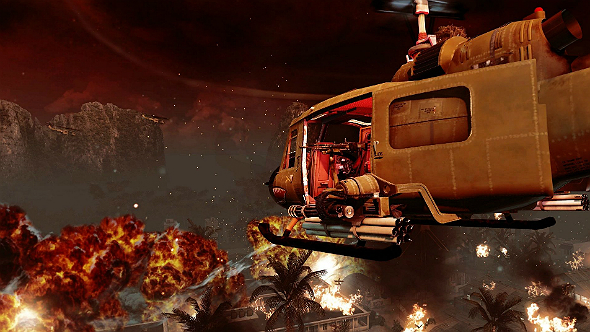 Activision have officially confirmed that the next Call of Duty will be Black Ops 4.

After more shooters? Check out the best FPS games on PC.

Call of Duty: Black Ops 4 is due for release October 12, with a community reveal event taking place May 17.

New year, new Call of Duty: we imagine that is the go-to New Year’s resolution for every Activision employee. They have managed to stick to it for 12 years in a row – why change now? The new Call of Duty – Black Ops 4 – is due in October 2018, but we still do not know for sure what era the colossally popular FPS will whisk us away to next.

Traditionally, Activision keep us in the dark about the next Call of Duty setting until April. However, a couple of hints have already been dropped through an interview with Activision CEO Eric Hirshberg, “industry insider” rumours, and a job listing for Treyarch that lists a preference for candidates with a “deep knowledge base of firearms and modern military technology.”

With those leads in mind, not to mention the previous decade of release patterns, rumours, and canned COD projects to go on, here are some possible settings for the new Call of Duty. 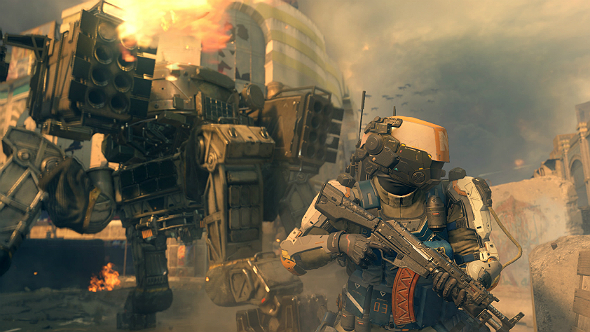 Call of Duty: Black Ops 4 is confirmed to be the new Call of Duty game. While Activision have nothing to say about the game just yet – the first reveal will be May 17 – sources close to Eurogamer and Kotaku have provided some insights. These rumour first appeared on Twitter on February 4 as self-proclaimed “industry insider” Marcus Sellars said “COD 2018 is Black Ops 4 and is coming to PS4/Xbox/PC/Switch. It is set in the modern times and is boots on the ground.”

COD 2018 is Black Ops 4 and is coming to PS4/Xbox/PC/Switch. It is set in the modern times and is boots on the ground. The Switch version will support DLC, HD Rumble and motion controls. The Switch version is also being ported by a company which is familar with COD games.

These rumours were followed up with a tweet that confirmed the game and new logo; NBA player James Harden wore a cap with a logo that looked similar to that of Black Ops 3 before a game against Oklahoma City Thunder in March 2018. You can see it in the tweet below, showing off the logo that uses IIII rather than the more conventional IV roman numerals.

The Beard has arrived, and he's ready for battle with the Thunder. pic.twitter.com/ky3E8TK9Hy

That aforementioned job listing asked for candidates who have knowledge of modern military tech so this could certainly apply to the Black Ops series, which boasts a near-future setting where conventional arms meet advanced drone, mech, and stealth tech. As most of the weapons and killstreaks in the Black Ops series are based on modern military technology, the same base of knowledge would be just as useful for a near-future COD setting.

Another titbit in the job listing mentions a preference for candidates who have “Prestige 1 or above in Black Ops 3 Multiplayer.” However, this is likely because Treyarch are seeking a candidate who knows their games rather than an actual nod to the next game being in the Black Ops series.

So we know that 2018’s new Call of Duty game is Black Ops 4, but where could the series be set? Here are some ideas: 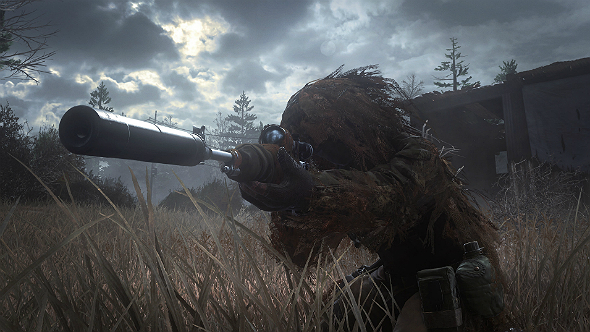 Even if Activision do not label it a Modern Warfare game, a return to contemporary tech and a relatable geopolitical backdrop would be welcomed with open arms by the Call of Duty community. Judging by the popularity of Call of Duty 4: Modern Warfare and its subsequent remaster, another entry in the series would be a shrewd move by Activision, particularly after their successful return to the Second World War with Call of Duty: WWII.

The job listing is the most obvious piece of evidence to pin this rumour on, with the listed preference for knowledge of modern military technology suggesting that the new COD setting will be present day. However, Activision have used a rotation of three studios to ensure they are able to release a new Call of Duty every year, and Infinity Ward – who have always worked on the Modern Warfare series – are slated to release their next COD title in 2019. That does not mean Treyarch are not working on a Call of Duty game with a modern setting, just that it will not carry the Modern Warfare label. 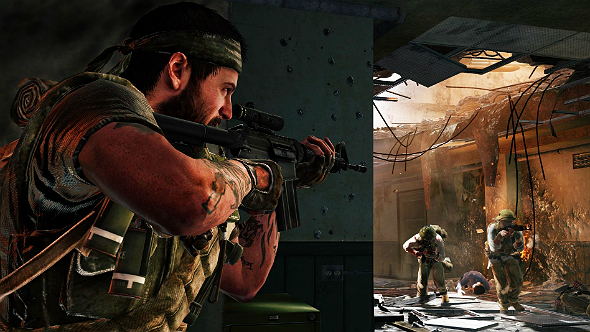 Another possibility for the setting of Call of Duty 2018 is the Vietnam War. Seeing as Treyarch have already dipped their toes into that grim conflict over the course of the Black Ops series, they would be well suited to helm a fully-fledged Vietnam-based COD for 2018… one that does not veer off into conspiracy theories and eventually suggest that the main character killed JFK.

We also know that before Sledgehammer Games started working on Call of Duty: Advanced Warfare and COD: WWII, they had drawn up concept art and made a gameplay demo for a Call of Duty set in Vietnam. While this was a long time ago, it is possible that the idea is being worked on by one of the three studios.

Finally, Activision CEO Eric Hirshberg stated in an interview with Game Informer that, “World War II and historical settings more broadly are very rich territory, and I think there is every possibility that that could become an area that we explore more than once.” Now, whether Hirshberg is referring to the Second World War or historical conflicts more generally is impossible to say, but the fact that the company believe there is a future in exploring past conflicts suggests a setting like Vietnam is on the cards.

Where would you like to see the next Call of Duty set? Sound off in the comments below.