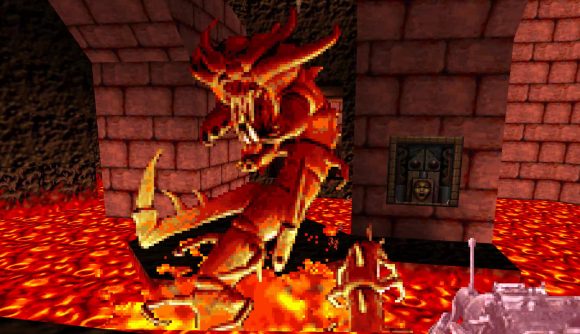 As suspected from a tease last month, Powerslave Exhumed is real and is a full remaster of the ’90s FPS classic being done by Nightdive Studios – the specialist in classic PC game remasters, thanks to the excellent likes of Doom 64, Turok 1 and 2, and System Shock: Remastered – the studio’s first full remake.

PowerSlave – also known as Exhumed (its much better non-Iron Maiden European name) or Seireki 1999: Pharaoh no Fukkatsu – was a Build Engine FPS released on PC, PlayStation 1, and SEGA Saturn between 1996-1997. It was pretty hard to find until it got a shock re-release on GOG last year, but only the inferior MS-DOS version with terrible controls and weird design.

A possible official remaster was mentioned way back in 2015, and Nightdive Studios CEO Stephen Kick tweeted a tease in July suggesting that Powerslave/Exhumed would be the next game to get his studio’s remaster treatment. Given that Nightdive is particularly known for first-person games and Samuel Villarreal, maker of the unofficial remake Powerslave EX, works at the studio, it made a lot of sense.

Finally, the remaster known simply as Powerslave Exhumed was revealed at 3D Realms’ Realms Deep event yesterday, with a full trailer and a Steam page. Apart from the graphical updates, Powerslave Exhumed will mix both the PS1 and SEGA Saturn versions together – which each featured wildly different levels and features. However, the remaster will keep the non-linear Metroidvania-like design of the console versions and forgo the linear FPS style of the original PC version. 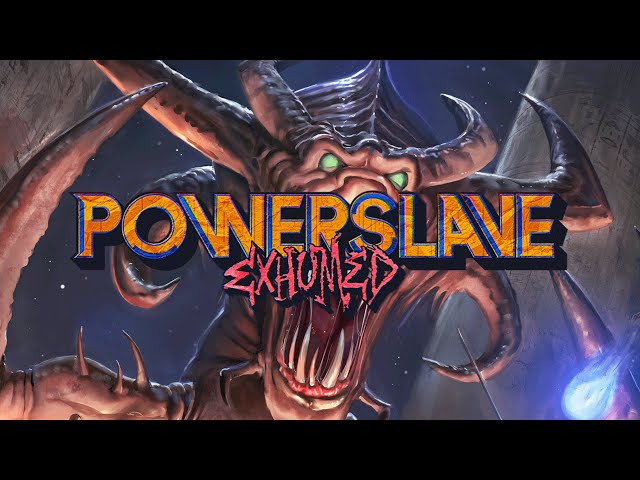