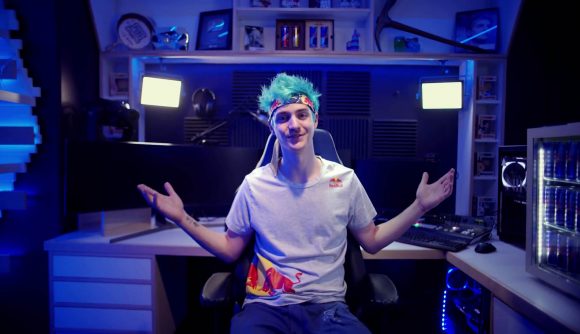 It seems that the streaming wars aren’t over, even after Mixer’s shutdown. Tyler ‘Ninja’ Blevins was one of the big-name streamers that Microsoft locked up under an exclusive contract, and once the platform made its closure official, fans were left wondering where Ninja would end up next. It seems that the answer is YouTube.

Earlier today, a test stream briefly went live on Ninja’s YouTube channel. It was quickly deleted, but screenshots were captured by folks like HYPEX on Twitter. This immediately led to speculation that Ninja has signed a deal to stream on YouTube Gaming, though the streamer has made no official statement on that point. We’ve reached out to Ninja’s agency for comment, and will update when we learn more.

Yesterday, Jessica Blevins – Ninja’s manager and wife – tweeted “You’ve all been patient… this week will be fun”, hinting that some sort of announcement on the streamer’s future would land this week. Back when Mixer’s shutdown was announced, Ninja simply tweeted that “I have some decisions to make and will be thinking about you all as I make them.”

Ninja was one of the first big streamers to sign an exclusive contract with Mixer, and both YouTube and Facebook Gaming started to bring in exclusive streamers in response. Mixer is now partnering with Facebook Gaming, and journalist Rod ‘Slasher’ Breslau reported that Facebook presented an “insane offer” to keep Ninja on board, but the streamer said no.

Ninja most likely signed to youtube, he currently has a test stream scheduled, probably didn't mean to make it public but this is a huge hint.. pic.twitter.com/e4bd6lhD8M

Ninja is predominantly known as a streamer of battle royale games, like Fortnite, though he’s played plenty of other games, including Valorant.