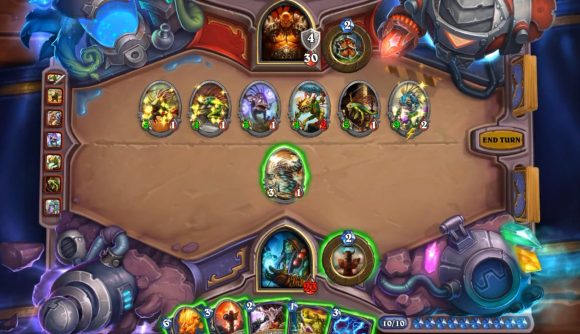 Hearthstone streamer Jeremy ‘Disguised Toast’ Wang is heading to Facebook Gaming, the social media site’s videogame streaming platform. The streamer has posted a video to Twitter announcing the surprise news to his fans – and donated $20k to a children’s hospital along the way.

In the video (which you can check out below), Wang says, “Hey guys, I am moving platform,” waiting until the end of the video to reveal that his destination is none other than Facebook Gaming. It’s an interesting choice given that some other big streamers – like Ninja and Shroud – have instead moved to competitor streaming site Microsoft Mixer from Twitch in recent months.

Wang also reveals that he decided to approach making the announcement in an unusual (and pretty darn heartwarming) way. He says he was given a $20k production budget to make the announcement, saying “every time a streamer moves they have this really cool produced video – and here I am, standing in a hotel room, filming this.” Instead of spending it, he took the cheque, drove down to Los Angeles Children’s Hospital, and donated it to them instead. Which is lovely.

“Honestly, you guys don’t really care how it’s announced. You guys just care where I’m moving to,” the streamer says. “So, I’m moving to Facebook Gaming. Check me out there. Bye.”

Excited to reach more people around the world, continue to give back and lose bets to chat.

Earlier this week, Wang said an announcement of some kind would be arriving this Friday, posting a tweet with some subtle hints about YouTube, Mixer, and Facebook (“I want to tell YOU all something. It’s time to FACE the facts. I have to MIX things up.”). Judging by the replies, fans weren’t sure where he’d be heading, so his announcement today is likely a bit of a surprise.

Head over to Disguised Toast’s Facebook Gaming page if you’re keen to catch him in his new streaming home.