So you bought the excellent Viking game Northgard and have been playing it for a while now. You keep looking at those locked up clans in the menu. You stare at them, wondering if they are worth the investment; if you should get one, two or none of them. Confused and panicked, you ask yourself “what should I do?!” Worry not, for we have put together a small guide about them so you know exactly which Northgard clan will be suited to your needs.

The base game offers six clans to choose from: Stag, Goat, Wolf, Raven, Bear and Boar; and the add-ons will get you up to six more at the time of writing: Snake, Dragon, Horse, Kraken Ox, and the recently released Lynx clan which is especially quite fun.

Each one of these clans have different bonuses and for that reason, their play style and strategy are a little different so it’s worth breaking down exactly what each does and what playstyles they support. It’s worth noting a some of the newer clans can overlap with vanilla factions, although that doesn’t mean they don’t have their own unique style as well.

We probably know a few things about the original clans by now. The Stag and Goat clans are the best for the beginners; the former for all the starting bonuses and the latter for the sheep production, allowing you to get a stable economy without much difficulty. It’s worth keeping in mind that the Goat clan has a slower pace.

More like this: The best RTS games on PC

The Wolf clan is for players that love to play an aggressive game right from the start and love to strategize attacks. Bear clan users are normally about defence as you focus on your own territories and plan accordingly, especially during winter.

The Raven clan is all about production; you focus on the seafarers to collect your resources and then on your merchants for whatever is missing, you need good management skills.

Finally, the Boar clan is for a quick play style since it has a powerful early game with the population bonuses allowing you to easily expand, though you might get in trouble defending those territories if you’re not careful.

As mentioned, there are currently six additional Clans available as premium DLC. With all the existing diversity from the original six though, what could the five DLC clans possibly add, you might ask? Let’s find it out! 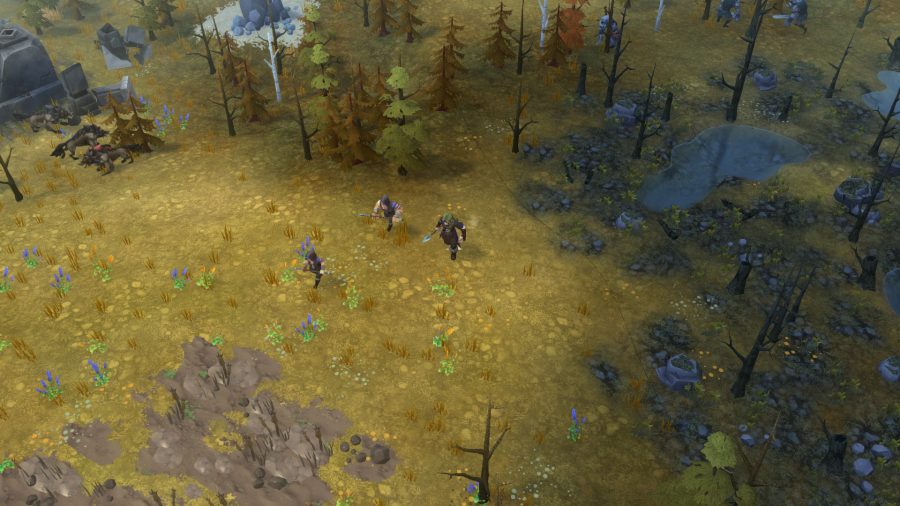 Clan of the Snake

The Snake Clan resembles the Wolf one with its aggressive gameplay, but what I like about them is that they’re all about messing up the gameplay of other clans. It’s kinda like an aggressive saboteur, which made me really enjoy using them.

They can’t win a ‘Fame’ victory, and their economic potential comes via the special Black Market building which allows them to earn money without helping anyone else. They’re also very good ambushers and can hide amongst wolves and bears. 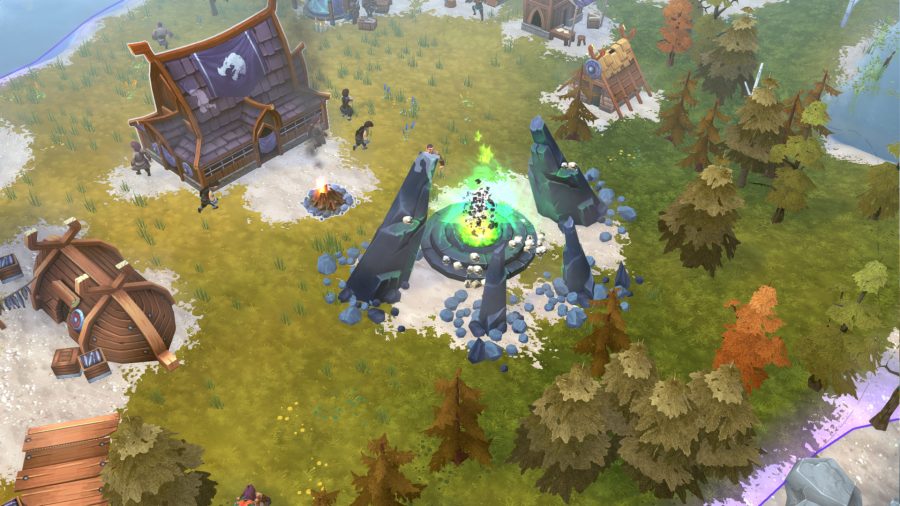 Clan of the Dragon

The Dragon Clan is a difficult one to master – one of their principle mechanics is using slaves, or ‘Thrall’s instead of normal villagers, which can be bought from your Longship and with the right Lore you can even enslave other faction’s civilians. Your civilians can also go into neutral territory.

On the military side of things, they are locked out of other buildings and can only use the Dragonkin Altar. Giving a unit a Dragonkin form is a permanent change, but converts them into a powerful military unit. You also need to generate ‘Dragon Essence’, which you can only do by sacrificing one of your own units. 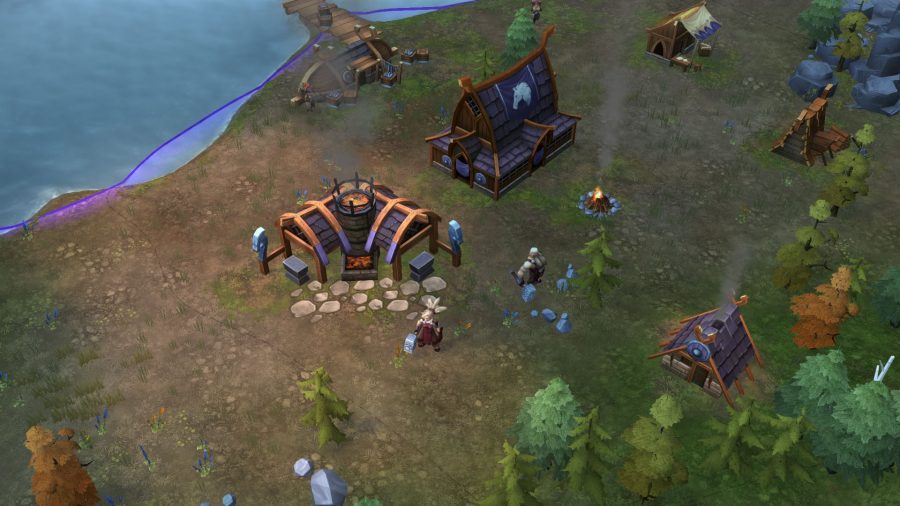 Clan of the Horse

Now, the Horse Clan plays quite differently to the rest. They have access to two different war chiefs and the clan’s economy revolves around them. With no miners, you have a slower game at the beginning, so putting your war chiefs to work as soon as possible to get different resources will get you a long way, even if you are a wee bit vulnerable at the start.

Definitely worth buying if you’re looking for a different gameplay style versus what the original clans offer you. 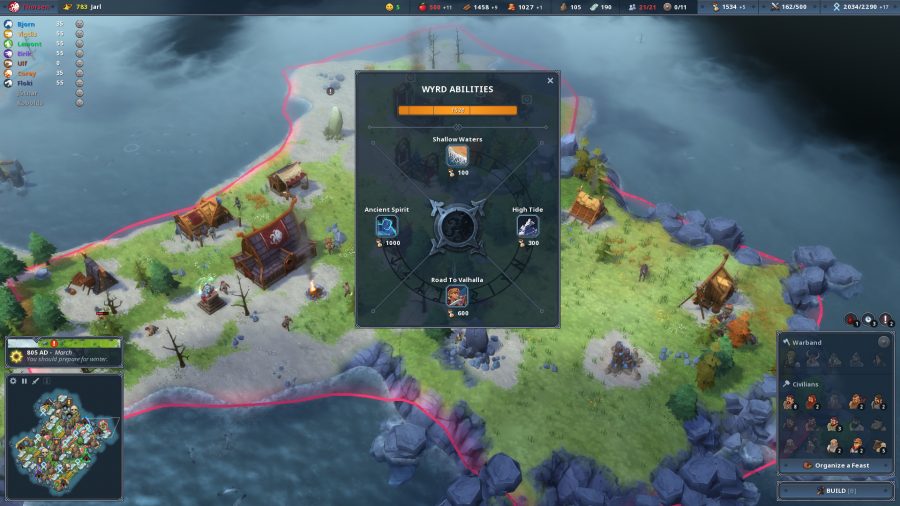 Clan of the Kraken

Although the Kraken Clan kind of reminds me of the Raven, there are a few differences that make it an interesting clan to choose. One such thing is being able to use any water body to get fish from, while another is being able to transform your women into Norns. Norns provide happiness but also generate a unique resource called ‘Wyrd’ which can be used to power special abilities.

If you’re a fan of the Raven clan, I’d definitely give this one a go but their appeal outside of that is a bit limited, I feel. 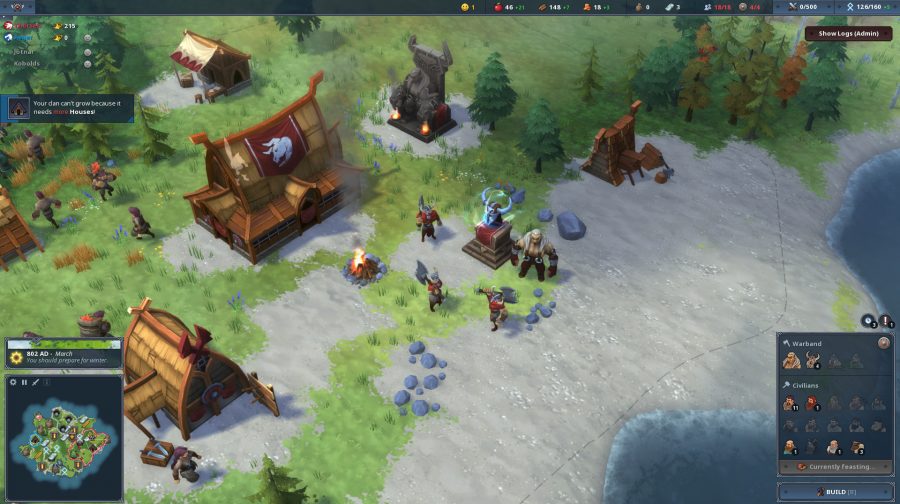 Clan of the Ox

I find the Ox Clan particularly hard to play with due to how hard it is to balance a strong economy with a powerful army – they are definitely a late game clan and depend a lot on your management skills. The Ox clan can field powerful units that can get you far in battles, but you also can’t field as many of them. All in all, not as straightforward as the other ones, but if you want a challenge, this is one option.

It’s worth noting though that if you just want a battle-orientated faction, it’s hard to beat the Wolf clan in this regard. 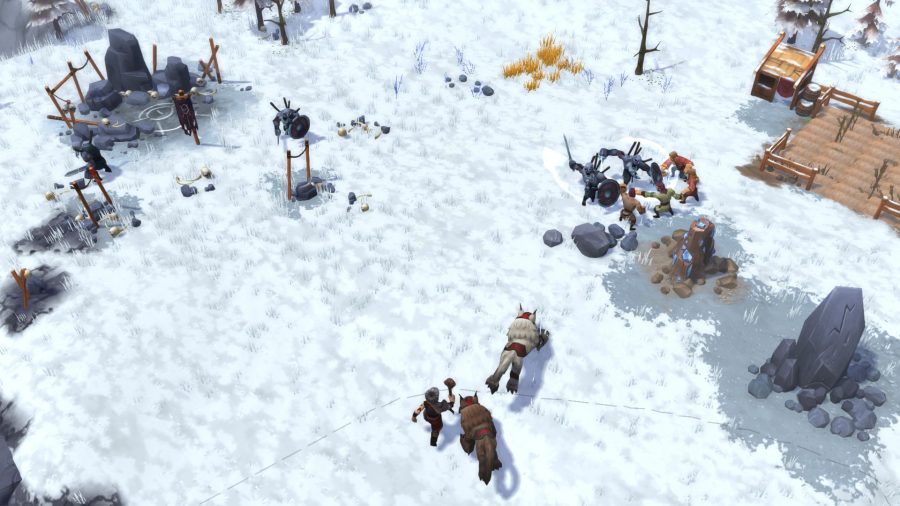 Clan of the Lynx

The newest clan offers a playstyle themed around animal mastery and hunting. Your warchief can summon two Lynxes (Brundr & Kaelinn) to fight by your side, and Trackers are now ranged units produced by the Archery Range (which replaces the Axe thrower camp).

The next Feast’s cost is reduced by 5% per animal your clan killed and you can earn ‘Hunting Trophies’ to unlock powerful abilities for Brundr, Kaelinn and the new Trackers. We like the idea of the ‘hunter’ aesthetic and these ranged units could give you an edge in battle.

So there you have it – a quick-stop guide to all of the clans released for Northgard to date. The newer DLC Clans are how Shiro have been supporting the game since release – it’s allowed them to make other major improvements, such as the Map Editor and new game modes. All free-of-charge, so if any of them do take your fancy, we encourage you to buy!