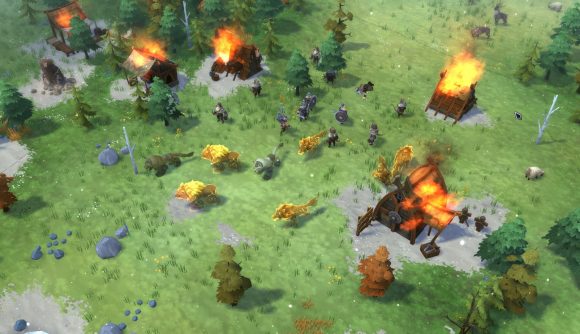 One of the more creative real-time strategy games of the past few years, Northgard has added a new DLC faction that gives players command over nature itself. Brundr & Kaelinn, Clan of the Lynx adds actual battle lynxes to the game, and they fight at the behest of the clan chieftain Mielikki, the beastmaster.

Mielikki may be blind, but her two lynx companions serve as both her eyes and deadly weapons. The wildcats are nearly grizzly-sized, and players using the Clan of the Lynx can use them to explore new territory or charge into battle. The Lynx Clan is focused on hunting, earning trophies for felling animals and getting an archery range that replaces the axe thrower camp. There you’ll train trackers, who can fire several different arrow types depending on the situation.

You’ll use your hunting trophies to unlock abilities in the new Path of the Hunter, which the Clan of the Lynx has as a replacement to Northgard’s usual military path. Those new abilities include upgrades for the battle lynxes Brundr and Kaelinn, and for the keen-eyed new tracker units. 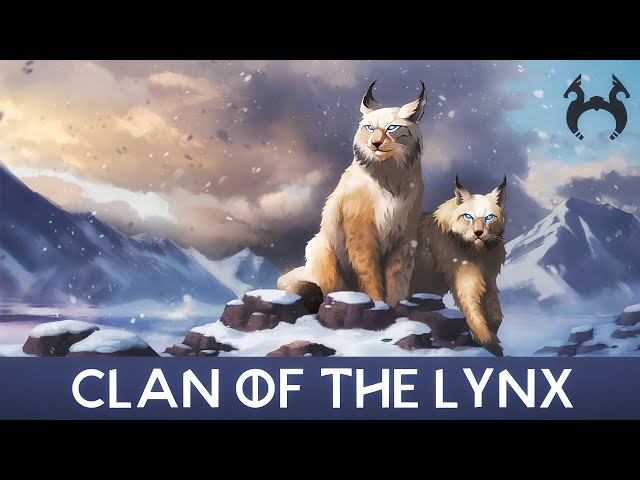 Warchief Mielikki may be more vulnerable than other clan leaders, but she has a few dastardly tricks up her sleeve: for 200 fame you can unlock lures that can be placed in uncontrolled zones. These will attract mythical animals, increasing in number as time passes. For 500 fame, Mielikki can unlock Oskoreia, which allows her to summon the spirit form of the last mythical animal killed by the clan to rampage over enemy settlements and troops.

Brundr & Kaelinn, Clan of the Lynx is available on Steam for $4.99 USD / £3.99. The base game and all Northgard DLC are currently on sale, so now is a great time to pick up this deceptively complex little Viking game if you haven’t tried it out yet. If you haven’t, you should – it’s quite good.