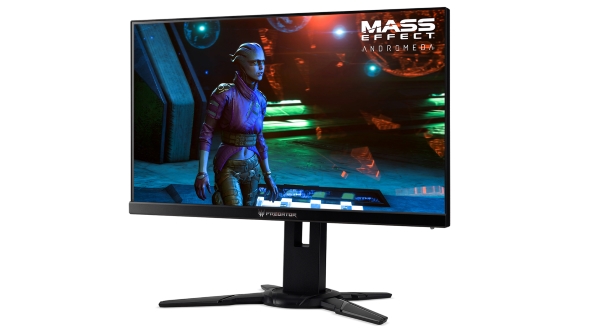 Update May 21, 2018:  One of Nvidia’s upcoming high refresh rate, high brightness, and high resolution G-Sync HDR certified monitors has been listed over at Newegg. The Acer Predator X27 is not available to purchase as of yet, but has been listed at $2,000 and will reportedly ship on June 1, 2018. While that’s still incredibly pricey – you could spend considerably less on the entire PC to plug into it – it’s actually a little shy of the expected pricing for these be-all and end-all G-Sync HDR monitors.

G-Sync has always come with an associate price premium, but early listings had initial pricing for the Acer Predator X27 and Asus PG27UQ in the stratosphere. Retailer Komplett in Denmark listed the Predator X27 for around 18,495DKK back in April, which works out to a touch over $3,000.

Looks like most of us won’t be able to afford a G-Sync HDR panel, but here are the best gaming monitors you might actually be able to buy.

This Newegg listing also likely indicates a drop in price for the Asus ROG PG27UQ, which was first spotted with a price upwards of $3,600.

Original story April 11, 2018: Some European retailers are starting to take pre-orders of the new 4K G-Sync HDR gaming monitors from Asus and Acer, making their April release ever more likely. As expected, however, they’re not going to come cheap, with pre-order pricing topping $3,000. Eek.

We’ve been demoed, and had hands-on time, with Asus and Acer’s G-Sync HDR monitors since CES last January, but they’ve taken their own sweet time releasing them to the public. But with pre-orders now live it won’t be long before you can auction off your first-born child and buy one yourself.

The problem has been that the AU Optronics IPS-a-like AHVA HDR panels (ooh, I do like a good acronym…) didn’t go into genuine production until December of 2017, at the earliest. So all the G-Sync HDR screens we have seen have just been built using prototype panels. Generally good prototype panels, but still not mass production screens.

That does seem a little expensive, and we’ve reached out to Asus for clarification on that, but it’s not just the panel costs bumping up the price.

These 3840 x 2160 gaming monitors also feature 384-zone LED backlighting to be able to achieve the level of contrast necessary for quality HDR, as well as a peak luminance of around 1,000cd/m2. And then you’ve got the cost of the new Nvidia G-Sync HDR scalar hardware necessary for the displays to deliver on the GeForce tech to factor in too.

They may well be absolutely stunning displays when they finally do launch, but it’s going to be a while before the technology becomes in any way viable for the vast majority of us. Here’s hoping Asus and Acer give us some more affordable FreeSync 2 HDR screens with the same panel soon enough. 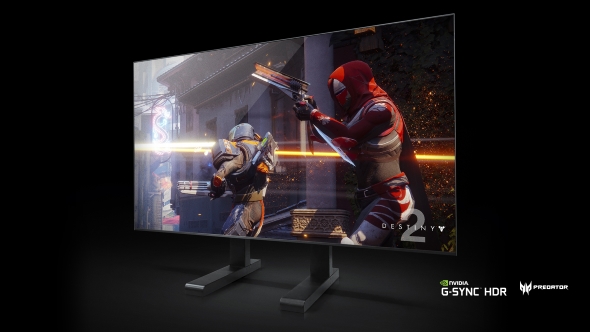